We’d be very surprised if Terminator wasn’t back on our screens sooner rather than later. In 99 percent of situations, a franchise attempting and failing to relaunch itself three times within a decade would lead to the people in charge accepting that people don’t care about the brand anymore.

Even the combined might of Arnold Schwarzenegger, Linda Hamilton, and Jim Cameron was unable to prevent Dark Fate from losing $120 million at the box office; and even the stars and director of the sixth installment have acknowledged that perhaps it wasn’t the wisest idea to resurrect a sci-fi action saga so soon after Genisys had disappointed. Despite the fact that die-hard fans have been burned time and time again by a trio of blockbusters billed as the start of a potential trilogy that would reinvent and resurrect the entire Terminator universe, there are still some persistent supporters who aren’t exactly opposed to the notion of another try.

With technology now the undisputed king of all things, it’s possible that Terminator will move to episodic television. After all, there are many people who think that the finest thing to come out of the saga since Judgment Day is The Sarah Connor Chronicles, which aired on Sky Atlantic. 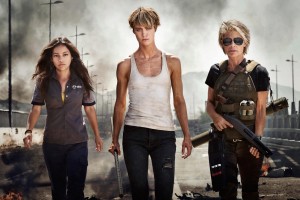 The obvious, however, is that Terminator will be resurrected.

Home » Movies » Despite Being Disappointed 3 Times in a Decade, Some Fans Still Want Another “Terminator” Film