When it comes to the DCEU, they can’t seem to catch a break when it comes to Critics. Between Batman V Superman having a terribly edited ‘film’ release and Suicide Squad being even worse, it’s easy to see why the their Rotten Tomatoes score has gone down more and more with each film. Now sure, Batman V Superman was a surprisingly epic film when its Director’s Cut was released, but it’s hard to make a second first impression. And this brings us to the upcoming Wonder Woman movie due out June 2, 2017.

From what we’ve seen of the trailers thus far as well as the fact that Wonder Woman was the most exciting part of Batman V Superman, the stand alone/ origin film Wonder Woman looks fantastic! For starters, there are actually scenes in sunlight, which is surprisingly rare in the DCEU considering even daytime scenes seem to have a ‘darkness filter’ over them. Beyond that, the film has genuine humor and combines all the action and fantasy elements you’d expect from a Grecian epic. So how come BoxOfficePro expects Wonder Woman to have the lowest opening of any DCEU film yet with $83 Million? Well, there are two major reasons.

For starters, Batman, Superman and The Joker have always had a much larger presence in the Box Office. Now that’s not to say they are better than Wonder Woman, but each of those heroes and villains have had several iterations previously on the big screen. This would be Wonder Woman’s first big appearance; and whereas that novelty is key, it sadly comes with a lot of baggage.

I don’t like comparing the Marvel and DC Cinematic Universes, but we have to in this case. If you see a “Marvel Studios” logo on something, you know you’re most likely going to get a quality film. Whether it’s serious or goofy as hell, you know it’ll be well executed. The DCEU on the other hand has a different connotation. When most people think of the DCEU, their feelings are pretty lukewarm at best. They think of the Superman that doesn’t smile, Batman crying “Martha”, and the overall darker color palettes. Again, Wonder Woman seems to be the first DCEU film to change the these; but the “meh” feelings the studio causes are already there. 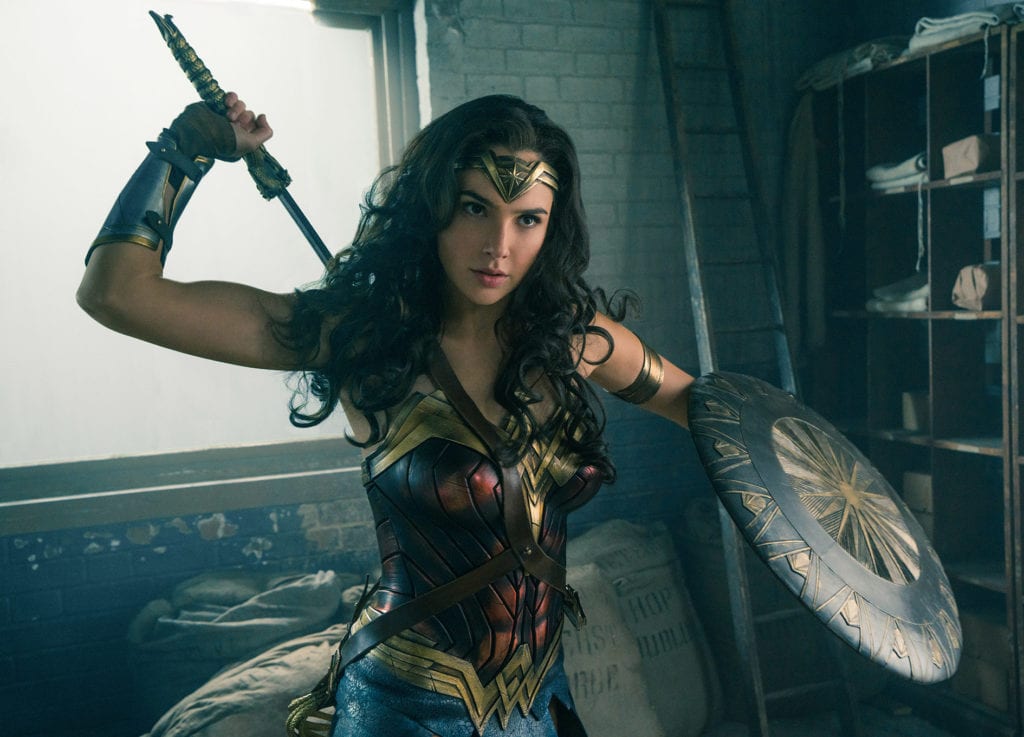 Between the fact that Wonder Woman is a “new property” in terms of feature films as well as the declining reviews of DCEU films, it’s not hard to see why BoxOfficePro has such a mediocre prediction for the Wonder Woman film. Hell, there seems to even be less promotion for it on Warner Bros end! Remember how many ads we saw for Batman V Superman and Suicide Squad? This is the first stand-alone film for a major female superhero and they need to capitalize on that more!

Wonder Woman has everything it needs to crush its predecessors in the Box Office. Warner Bros needs to get out in front of this and show that this is a new era for them! Wonder Women was the most well-received part of Batman V Superman and this film also has no other immediate comic book competition as Marvel’s two films (Guardians of the Galaxy 2 and Spiderman Homecoming) are each a month away from this release. June needs to be the Month of Wonder Woman, and that isn’t just the studios responsibility but ours as well! If the early reviews and word of mouth for Wonder Woman are good, that can change everything! Then again, considering all the shake ups we’ve heard lately with the Batman stand-alone film and how Warner Bros seems to always come in at the last moment and play snip snip with the narrative, we do have to be aware. Though at that point, Wonder Woman’s failure wouldn’t be on her, but rather on an overbearing studio. Batman V Superman’s Director Cut proved that; and if yet ANOTHER one of their films gets criticized for being “disjointed” and “hard to follow”, it might be too late for the DCEU to pull out of that nose dive.

Regardless, I’ll be seeing it opening weekend. How about you? Can Wonder Woman turn this around? Has Warner Bros learned their lesson? Should Justice League be renamed “Wonder Woman & Friends”? Sound off in the comments!

Home » Featured » Despite Being DCEU’s Best, Wonder Woman Predicted To Have Lowest Opening