The Suicide Squad was a great movie, but if you told me Deathstroke could have been leading the team… I’d have told you I want that. Joe Manganiello was originally meant to be Deathstroke in the DCEU, but it’s looking more and more likely like that might not end up happening. Which really sucks. Deathstroke was almost the leader in The Suicide Squad!

Joe Manganiello got really screwed over as far as the DCEU is confirmed. He only appeared in the last few moments of Justice League. He was SUPPOSED to be in Justice League 2, and was poised to be the primary villain of the Ben Affleck Batman film. Neither of those things is happening, now.

He was lucky enough to appear, briefly, in Zack Snyder’s Justice League but… that could be the last time we ever see him as Deathstroke. He’s actually been campaigning to get back in the role, even if it’s just on HBO Max.

As much as we’d love that, it’s up to Warner Bros. and DC Comics.

It’s been revealed in The Suicide Squad: The Way of the Gunn that Deathstroke was originally going to be leading the team! There are even pictures of concept art to back that up! Look closely near the top right corner at the poster there… 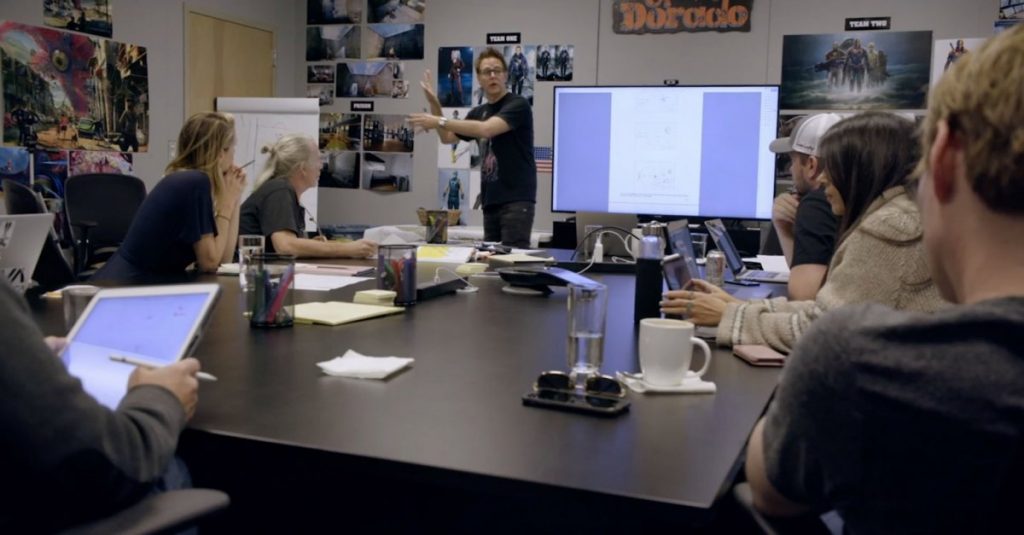 In fact, from what we can infer from the poster Deathstroke was going to be Bloodsport. Not literally, but you know what I mean. As of right now, we have absolutely no idea why the change was made.

It’s possible that James Gunn just decided to go in another direction. Just like it’s possible that Warner Bros. mandated that Deathstroke could not be used! Maybe one day we’ll know the truth, for now, we’ll have to lament what could have been.

Deathstroke was almost the leader in The Suicide Squad, but luckily Bloodsport was just as awesome!