Once upon a time Jensen Ackles, Dean Winchester himself played a DC character in an animated film. He portrayed Red Hood in Batman: Under The Red Hood and was honestly pretty great. I guess it doesn’t hurt that he portrayed a moody Dean Winchester for fifteen years on Supernatural. Of course, when Under The Red Hood came out that wasn’t the case yet. Regardless, Jensen Ackles will be returning to the world of DC Comics animation and this role isn’t a small one. Dean Winchester is going to be Batman! How cool is that? 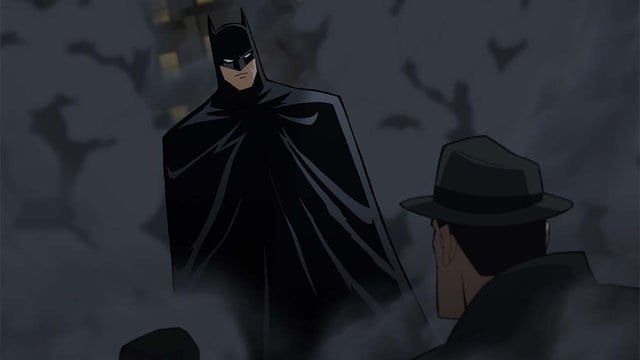 Ackles will be portraying Bruce Wayne/Batman in the animated version of Batman: The Long Halloween.  The Long Halloween is one of the most beloved Batman tales of all time. It is regularly included in lists of must-read Batman stories. The comic arc was written and drawn by Jeph Loeb and Tim Sale respectively. It ran for 13 issues from 1996-1997 and was pretty incredible. The tale is set very early on in Batman’s career and has him attempting to catch a killer who kills only once a month. The comic is also, apparently, a huge inspiration for the upcoming The Batman starring Robert Pattinson. The project is being produced by Warner Bros. Animation, DC, and Warner Bros. Home Entertainment.

The voice cast, which is phenomenal., also includes Naya Rivera. Naya Rivera is the late former Glee Star who sadly passed away back in July. She already completed her voice work on the film at the time of her death and will be voicing Selina Kyle/Catwoman in the film.

Batman: The Long Halloween is going to have two parts to it, to properly tell the tale portrayed in the comic. Though there is no official release date it should come out this upcoming Summer or Spring. Hopefully sooner rather than later, though. ‘M I right? For now, let’s just celebrate the fact that Dean Winchester is going to be Batman!

Home » Movies » Dean Winchester Is Going To Be Batman