New artworks are released of the concept art that was used to make Colossus. It show step by step how they worked and how it became the metal man we know in the movie. Take a look below. 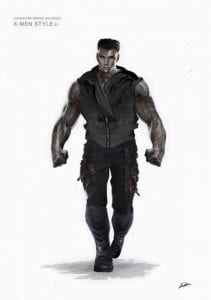 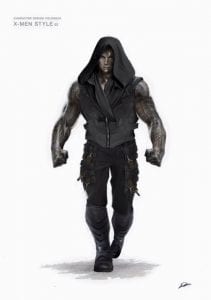 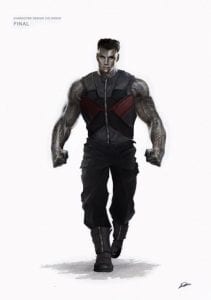 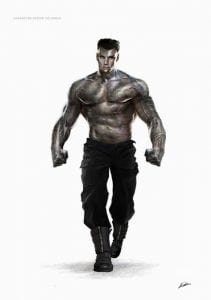 The mastermind behind this concept art is called Alexander Lozano. He is also the brain behind the promotional artworks of Captain America: Civil War.

“Before the ‘final design’ was found, I tried a few different ways,” Lozano explained on Facebook. “At that point of time, I didn’t know if Colossus was planned as a ‘walking around in bright daylight’ character or more of a ‘hide in the shadows’ hero like in the old X-Men days. So I played around with a Darth Maul-hoodie and the idea to place the ‘X’ very subtel on his chest with the endings of his scarf. I also wanted to repeat the rippels in his arms with the design of the boots. …and a lot of possibilities to fix all the X-Men
mansion keys at his pants.”

Watch in the video below how they translated it on the screen:

This is just amazing. I can’t describe how this makes me feel. These people are so dedicated to make something on the screen that they go so many ways as to get 5 different actors to make this character. Amazing!

Deadpool will come out on DVD/Blu-ray in May 10!