Wednesday night’s much-anticipated return of DC’s Stargirl on The CW delivered on star Brec Bassinger’s promise of a murder mystery in Season 3. Courtney Whitmore and her friends are facing new tension and mysteries after their victory over Eclipso at the end of Season 2, with the biggest mystery being who killed Sean Rourke…and why? With so many suspects and possibilities, it’s sure to be a wild ride figuring out whodunnit.

Warning! Spoilers for the Season 3 premiere of Stargirl, “Frenemies – Chapter 1: The Murder”, beyond this point.

Before getting to the conclusion of the episode, “Frenemies – Chapter 1: The Murder” there were some pre-credits sequences that set up the following returns — or at least reintroductions. Sylvester Pemberton/Starman (Joel McHale) and Richard Swift/The Shade (Jonathan Cake) have both stuck around in Blue Valley after the end of Season 2.  The Crocks now live next door to the Whitmore/Dugan family, and even Cindy Burman has made a full recovery (Meg DeLacy) and has returned to school at Blue Valley High.  Steven Sharpe, aka The Gambler (Eric Goins), returns to Blue Valley and tells Pat (Luke Wilson) and Courtney (Bassinger) that he wants to find his long-lost daughter Becky.

There are a lot of unexplained returns, which leaves things in an unorganized state. Most JSA members aren’t buying it when the former ISA bad guys claim to have changed their ways — and they don’t trust Cindy, who has now joined the team. It turns out that the rehabilitated villains distrust one another as well, with The Crocks and The Shade in particular very wary of The Gambler and his anticipated return to town. Everyone appears to distrust everyone else while someone or something is covertly monitoring almost everyone. 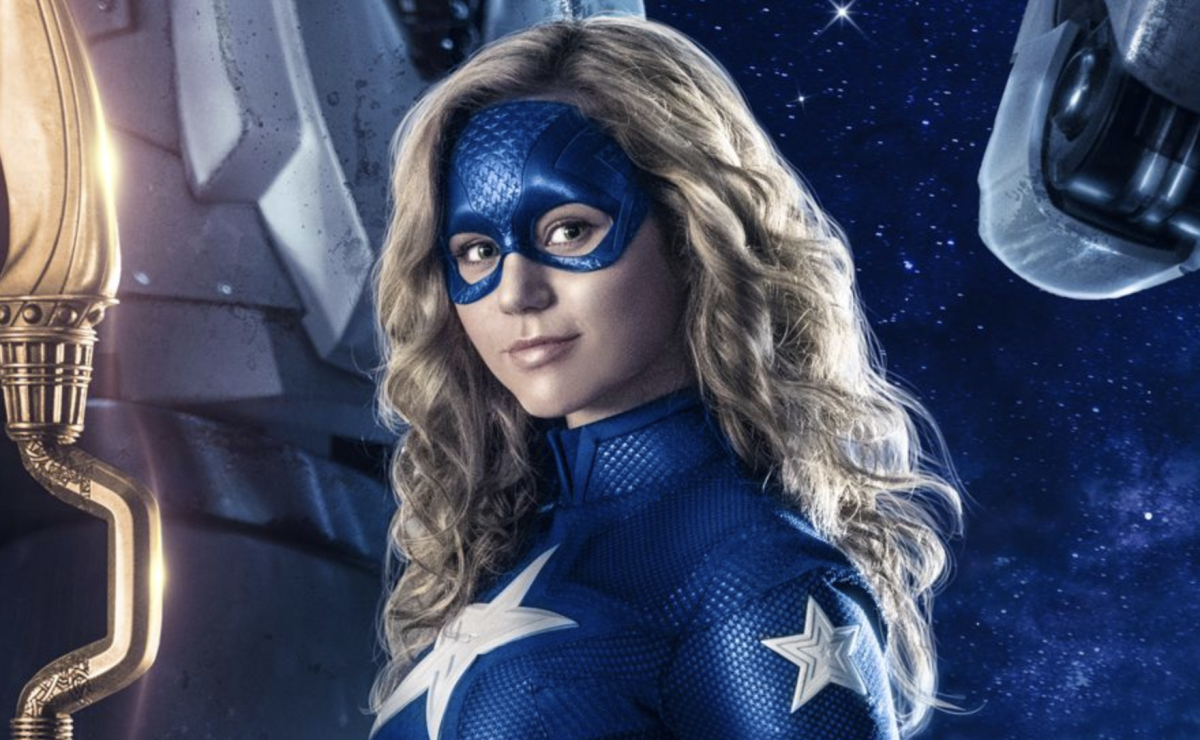 It’s that monitoring that, in a sense, leads to murder. He writes her a heartfelt letter and appears to be truly invested in becoming a better person so that when he finds Becky again, he will be good enough for her love. The Gambler’s search finishes and instead of a lead on Becky, he finds video footage surveying not only the JSA heroes, but himself as well. The Gambler steps outside to check the camera and is immediately set upon by an unidentified, aggressive creature. A few moments later, the JSA arrives to find The Gambler dead and Cindy standing over his body. She denies any involvement in his death.

With Cindy standing there, holding the gun, things appear to be terrible. However, the who killed The Gambler mystery has just begun. By the end of the first episode, there are several possible suspects for the crime. Cindy is one of them simply because she lives near the crime scene, but there’s also The Crocks who were not happy about their former colleague’s return, and The Shade, who had an intriguing encounter with The Gambler at the café earlier in the episode. There’s also the unknown Solomon Grundy who Rick has been trying to resurrect using The Shade’s instructions, which he obtained from a book. There’s also the issue of who is monitoring not just the bad guys, but also the JSA, and why. Let the intrigue begin.

DC’s Stargirl airs Wednesdays at 8/7c on The CW.

The Gambler’s death at the beginning of Season 3 was pretty unexpected, don’t you think? Who do you reckon killed him?