Stargirl is back this summer for its second season! This will be the first season since the show moved from a DC Universe Original over to The CW! Stargirl season 2 will be genuinely scary, according to Joy Osmanski. 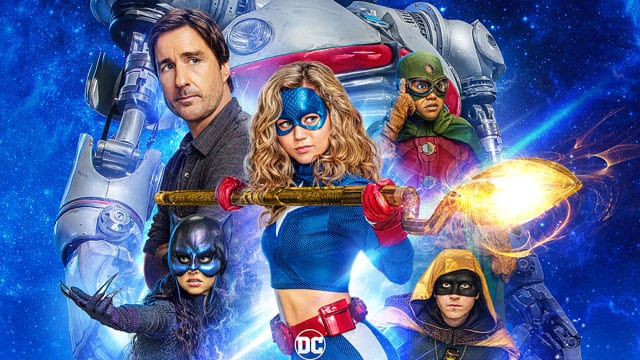 According to Tigress, the Justice Society will be facing a far scarier threat than they did in the first season. Apparently, the second season is so scary, compared to the first, that Osmanski won’t let her own children watch it. At least, that’s what she said when talking to Orlando’s WESH 2.

“Season two, it just gets a lot darker, which is such a fun thing for a show to have an opportunity to do, and I will say that the evil forces at work are genuinely scary, like, my children will not be coming anywhere near season two. It’s scary,” Osmanski said.

This has been coming for a while, though. We got a view of the spookier stuff at the end of season 1. Specifically when Cindy/Shiv found the Black Diamond that Eclipso is trapped in.

Eclipso, played by Nick Tarabay, will be a major threat for Stargirl’s second season. He’ll be joined by The Shade, played by Jonathan Cake.

It’s such a different, darker, scarier threat because the threat is… Cindy is one thing, and she’s got the Black Diamond and were obviously going to explore that,” Stargirl showrunner Geoff Johns said last year at New York Comic-Con. “But the thing inside is, this entity that’s trapped, this ancient being that feeds off humanity’s own sins and grief and fear and darkness is trapped in this Black Diamond and has been there for a long, long time and is aching to do what he does and feed off the darkness within humanity.”

“It’s going to take a lot to confront it, and it’s going to take the JSA and every one of our wonderful characters to a place that’s going to be tough for them to explore,” Johns continued. “So, I’m excited about it, but Eclipso is one of my very favorite villains from the comic books. In the comic books, he’s had a history with Wildcat and Dr. Mid-Nite and the JSA too, but we’ll see!”

Are you looking forward to Stargirl season 2? Let us know in the comments on our social media!

If you need to catch up on Stargirl, the entire first season is already on HBO Max! The second season will hit The CW on August 10 at 8/7c.

Home » Television » DC’s Stargirl Season 2 Will Be “Genuinely Scary”! Are You Ready For A Spookier Stargirl!?