Warner Bros. and DC Films delivered a devastating blow to fans by canceling Batgirl when the film was in the final stages of production, generating uncertainty for any number of in-production projects including Blue Beetle, Black Canary, and the discontinued Green Lantern series. When Joker: Folie à Deux was given a release date, following numerous delays, it offered hope.

In October of 2024, a sequel to the highest-grossing R-rated film in history will arrive in theaters, aiming to recapture the lightning in a bottle that greeted Todd Phillips‘ debut installment, which would go on to break records at the box office and become an awards season phenomenon. 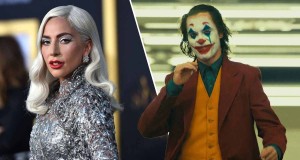 The first trailer for Warner Bros.’ Joker 2, which was released today, revealed a musical and the involvement of Lady Gaga as an all-singing and all-dancing Harley Quinn, but those whispers have yet to be confirmed in any official capacity. It didn’t take long for internet users to figure out why WB had chosen yesterday to reveal the date we may anticipate Folie à Deux.

It may appear callous, but it wouldn’t be out of the ordinary for Warner Bros. to have such contempt for its most vocal group of fans, especially given the studio’s historical attitude toward them. Do you want the Snyder Cut? After four years of petitioning, you’ll get it. What is The SnyderVerse? Forget about it. A universe that is understandable as a whole? It won’t happen. Sure, there’s a Batgirl solo film with Leslie Grace, Brendan Fraser, J.K. Simmons, and Michael Keaton? Sure it does, but you’ll never get to see it. These are not easy times for the community, and they aren’t even close to being over, but no matter how bad things get for the Joker 2 fandom, nothing can soften the blow.