In theaters in October, Warner Bros will debut Black Adam, Dwayne Johnson’s long-awaited big screen comeback as the incredibly powerful antihero/villain. In December, they’ll follow that up with Shazam! The Wrath of the Gods is a fun-looking sequel to last year’s well-received Shazam!

In DC Comics, these characters are inextricably linked. Both individuals have a long history in the same comics, and they’re both essentially representations of one another. However, all signs point to the fact that the two characters will never cross paths in Black Adam or Fury of the Gods.

Fans of r/DC_Cinematic are stumped: why is Warner Bros. bungling such an obvious crossover? Replies express their disappointment, with one commenting that even with some of the most valuable superhero IP in the world, Warner Bros. can’t create a shared cinematic universe without continuously screwing up. The majority agree with this notion, with a recurring theme that Warner Bros. is preoccupied with short-term “cash grabs” rather than long-term investments similar to Marvel’s Cinematic Universe (MCU).

However, in this case, the lack of a crossover may be blamed more on Dwayne Johnson than Warner Bros. executives. In June, Johnson said that Black Adam shouldn’t meet Shazam since it would not do justice to their respective stories:

“We have to separate these two movies. We have to honor Shazam! and that origin story and what that is and what that can be for the fans and then we also have to tell our story, too, as well’. I think in separating them, with the majority of the world not knowing who Black Adam if you weren’t a serious comic book fan, it was important I think to separate them and tell each story respectively.” 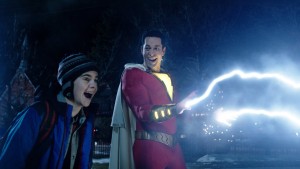 Fans believe that Johnson’s character would be placed in a more villainous position, most likely ultimately losing the fight, in any future Shazam vs. Black Adam tale. If Johnson has a contract clause that prohibits him from losing an on-screen battle, it will cause difficulties for anyone attempting to put together a crossover.

On October 21, 2019, Warner Bros. releases Black Adam in theaters, with Shazam! Fury of the Gods to come two months later on December 21.