As of now, the details regarding the Hellboy reboot have been kept pretty quiet but, on Wednesday, fans were treated to something truly amazing.

Finally, we got our first look as Stranger Things star David Harbour in his full-on Hellboy attire and all we can say is, DAMN!  He looks amazing!  Check out the first look photo shared by Hellboy creator Mike Mignola below:

Shortly after, Harbour shared another image of himself via Twitter as the titular character, this time, in a stunning black and white photo (see below).  The tweet was later deleted. 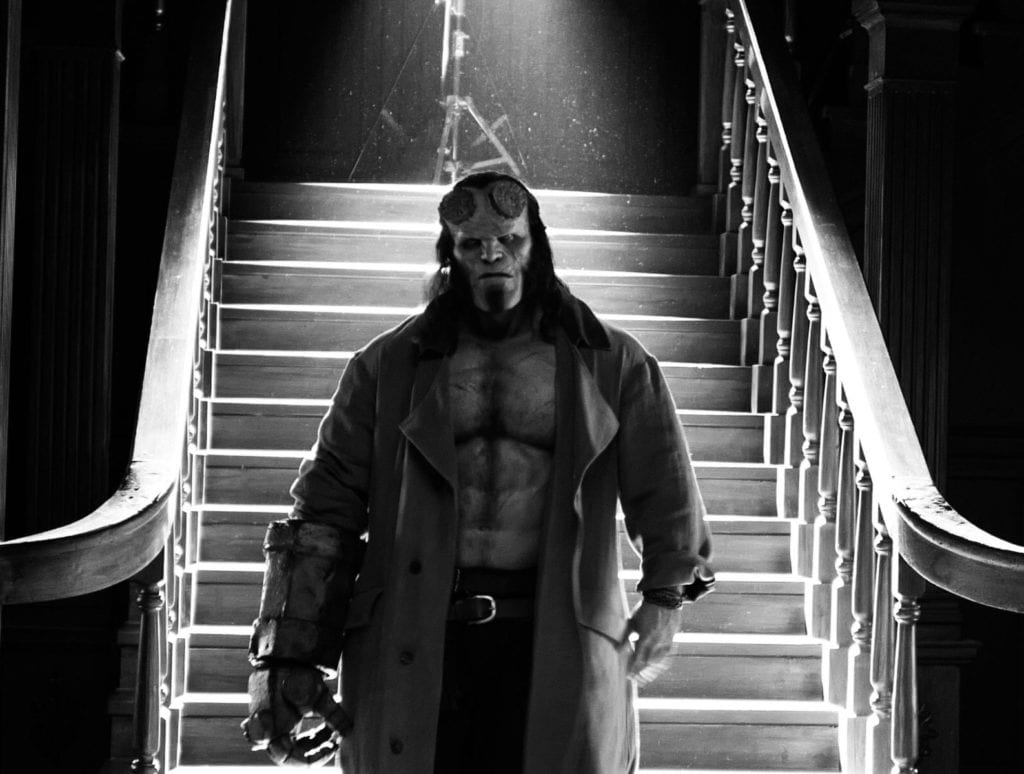 Later in the evening, Harbour posted a close up of the characters face via his Instagram account.  Check it out:

I watched with glee While your kings and queens Fought for ten decades For the gods they made Woo woo, woo woo #hellboy #hellboymovie

Immediately, fans began comparing Harbour’s look to the original character portrayed by Ron Perlman.  Harbour’s Hellboy is definitely a different take on the character.  He appears more menacing and rugged but, perhaps the biggest difference we can see is with his Fist of Doom.  Harbour’s Fist of Doom has more of a rustic grittiness to it than Perlman’s previous version did. All in all, this photo looks totally badass and we are SO excited for this film.

Originally created in 1993, the Hellboy comic series centers around a demon summoned by the Nazis during World War II from a portal to a paranormal dimension. Years later, the demon is all grown up and is serving as an agent to protect America from dark and evil forces. The first film in the franchise was released in 2004 and starred Perlman, Selma Blair and Doug Jones. A sequel to the film was released in 2008.

The Hellboy reboot currently stars Harbour as the title character, Milla Jovovich as Nimue the Blood Queen, Ian McShane as Professor Broom, Sasha Lane as Alice Monaghan, Penelope Mitchel as Ganeida and, its newest cast member, Daniel Dae Kim as Daimio.  The film is scheduled to hit theaters in 2018.  The official synopsis for the film is listed below:

“The film is about Hellboy going to England, where he must defeat Nimue, Merlin’s consort and the Blood Queen. But their battle will bring about the end of the world, a fate he desperately tries to turn away.”

What do you think of this first look at David Harbour’s Hellboy?  Does he look badass or bust?  Let us know your thoughts in the comment section below!