It’s finally happening!  Fans have been waiting for this moment for what seems like an eternity but, it was announced earlier this week that Dave Chappelle will be hosting an episode of Saturday Night Live for the first time ever.

Chappelle has famously been absent from the spotlight and has been maintaining a low profile for years now.  His appearance to host SNL will be one of the most highly profiled gigs he has done since the end of Chappelle’s Show in 2006.

As if this news wasn’t awesome enough, joining Chappelle will be musical guest A Tribe Called Quest who will be appearing on the show just one day after releasing their first studio album in 18 years called We Got It From Here… Thank You 4 Your Service.

Chappelle’s hosting gig will air on November 12th, 2016, the weekend after the Presidential Election so, as you can imagine, there will be plenty of hilarious content for the writers and actors to work with.  This is setting up to be one epic episode.

Be sure to tune in to NBC on Saturday night, November 12th at 11:30pm to watch Chappelle’s triumphant return to television. 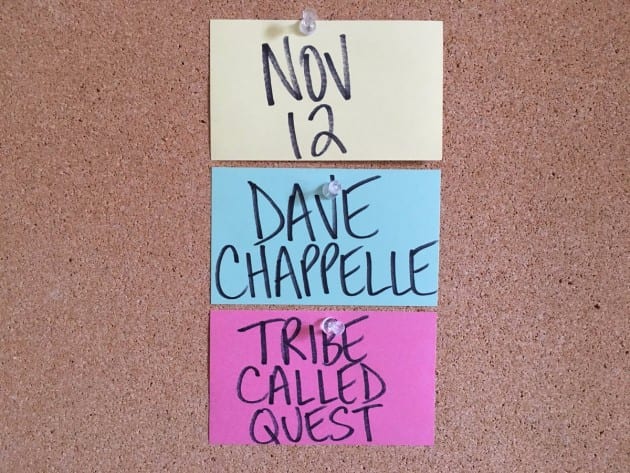