So, we’ve all officially made it through our first post-Rick Grimes episode! While he was sorely missed, his legacy continues to live on through Judith and his son with Michonne, RJ. Alas, the story must go on though, and next Sunday’s episode “Stradivarius” will continue to drive us forward in this new world. Check out the latest photos that AMC has released, which finds one Daryl Dixon solemnly living in his natural habitat and all of the new characters on a journey to their new home at Hilltop!

While it’s unsure just how long Daryl’s been living on his own, he’s got the exact setup you’d expect.

A little campfire with some books and your casual skull:

Also, notice the structure behind his camp? Is that a bridge? The walls of Alexandria? What do you think?

He’s got a dog, which better live until the series finale or so help me:

And he’s hunting for his own food like the good old days:

As we saw at the end of Sunday’s episode, Carol and Henry will be paying him a visit:

Where we will hopefully be treated to some lovely Caryl scenes:

Presumably with a side of Daryl’s grumbly sass:

Henry has clearly not changed at all and is still lurking around:

Based on the photos released so far, the other plotline will be Michonne & Co.’s journey to Hilltop.

Where we will hopefully learn more about these new characters including Eleanor Matsuura as Yumiko:

And Angel Theory as Kelly:

The group seems to come across some type of old camp:

We can’t tell whether or not it used to belong to Magna’s group:

But either way, they seem to be having some pretty serious discussions:

Between last week’s episode and these photos, this new Alexandrian seems to be getting some pretty significant screentime:

Nothing but respect for this queen: 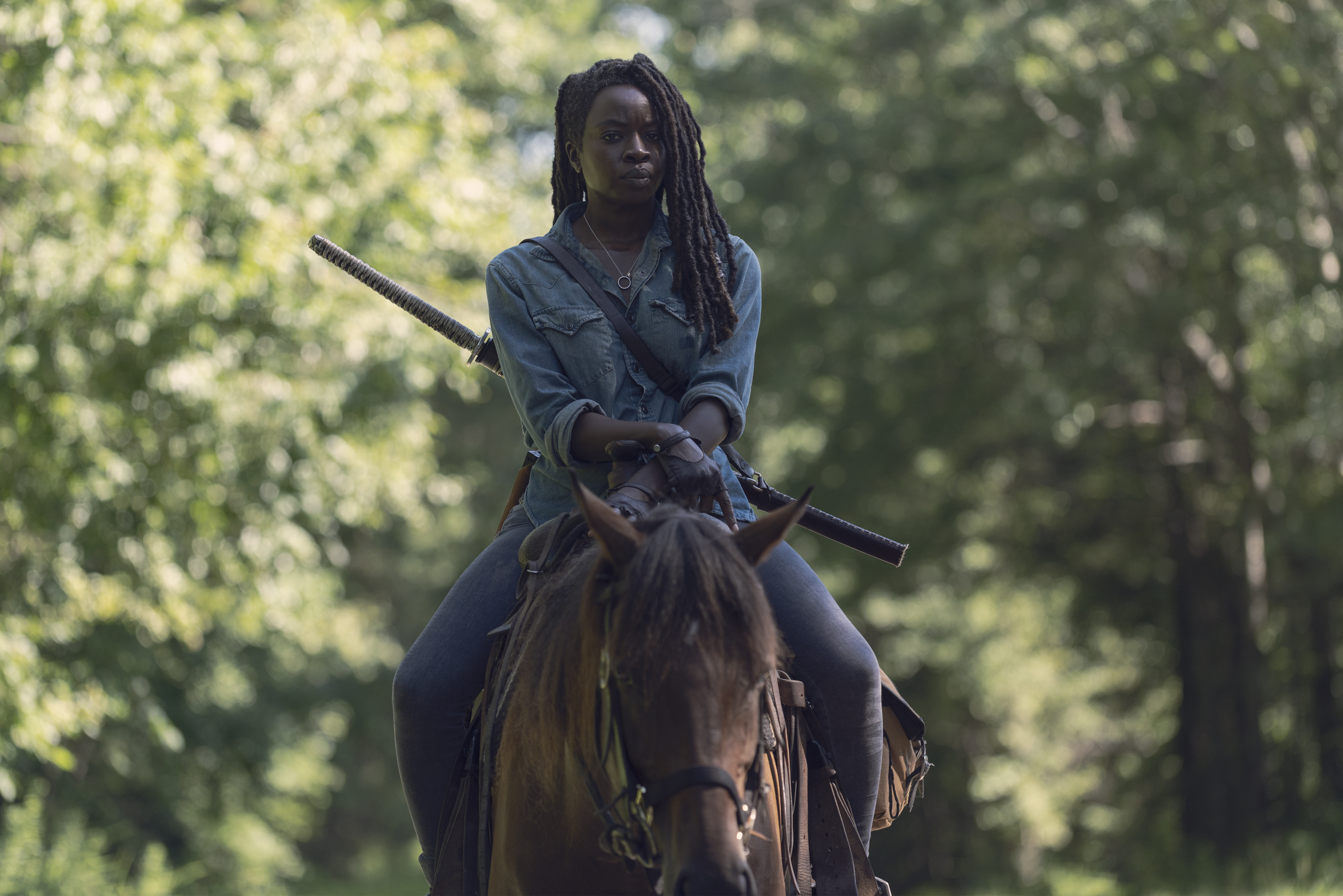 And of course, it looks like they’re going to encounter some trouble along the way as well:

Are you looking forward to next week’s episode of The Walking Dead? Let us know!