Darth Vader has been through a lot in the current run of his ongoing comic book. He’s been mistreated, abused, and almost killed by his own master Darth Sidious. As if that were not bad enough he is also being hunted by a Sith Assassin. Vader has been left weaponless and has been forbidden to use the Force but it hasn’t stopped him from being a complete badass. As these droids hutn him down he uses only his own power and stealth to take them down one after the other. All of that is nothing compared to what happens by the end of Darth Vader #9 though. By the end of this issue, Darth Vader finds Exegol, Sidious’ secret planet. 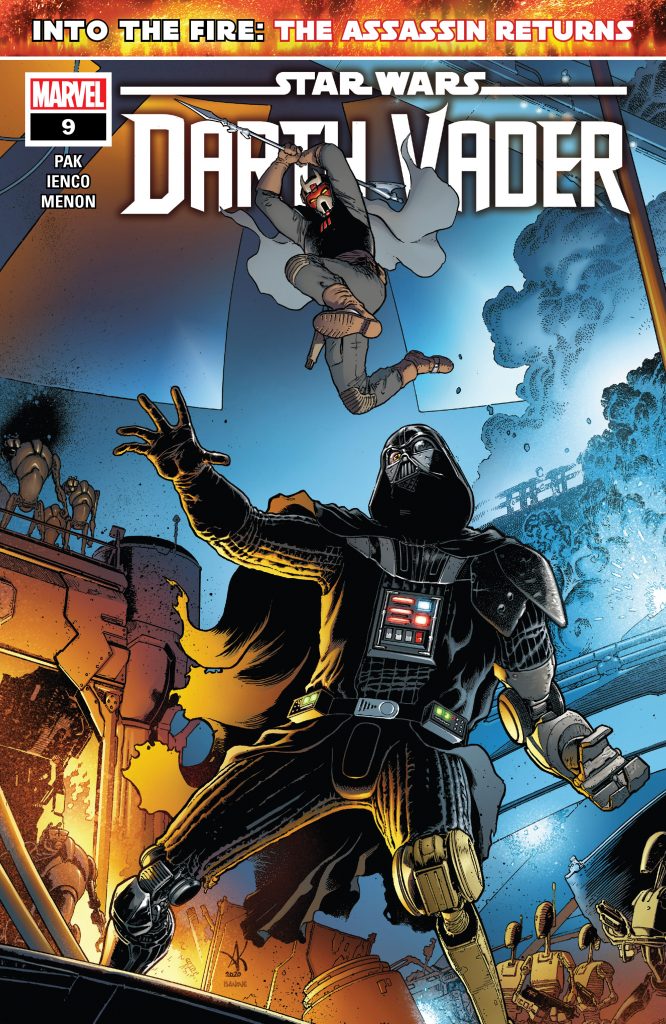 It hasn’t been too long since the former Jedi found the Sith Wayfinder and in this issue, he is determined to use it and find the emperor’s secrets. As we all know by now Exegol played a huge role in Star Wars Episode IX: Rise of Skywalker. It is the planet where Rey and Kylo Ren finally confronted the resurrected emperor and ended the Skywalker Saga. Using help from an unwilling ally Vader uses this guy to decrypt the wayfinder. Together the two jump through Hyperface and arrive just outside of the planet.

Unfortunately for Vader, he is unable to land on the planet due to a mysterious red cloud surrounding it. Before he and his captive can even approach the planet at all they are attacked. A giant one-eyed, starfish looking monster bar their way. Though Vader wasn’t able to land on Exegol yet he will undoubtedly reach his goal. It is doubtful that Vader will have much trouble getting past this giant creature and landing on the planet. The real question is how much did Vader learn about the emperor’s plans? Did he know more than he ever let on before his death? Only time will tell as we continue to read this awesome Darth Vader series. It’s hard to believe that Darth Vader finds Exegol though. 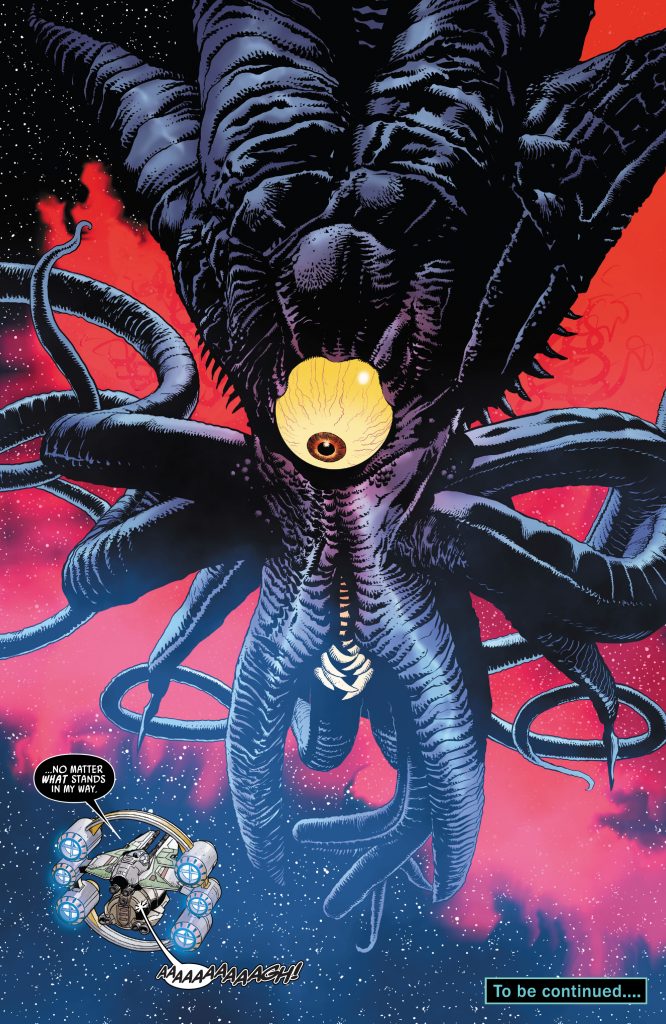