Darkhawk has become something of a meme in the comic book collecting community. I’m not exactly sure when it started, or how. The joke seems to be in relation to the value of Darkhawk #1. I assume they’re jokes anyway, they must be because I refuse to believe the alternative. There is no version of the multiverse where a Darkhawk #1 is worth the same amount of money as an Amazing Fantasy #15. If you don’t know, and if you don’t shame on you, Amazing Fantasy #15 was the first appearance of Spider-Man. Or maybe I’m the one in the wrong, based on this new news. Darkhawk is getting a Darkhawk 30th anniversary comic. 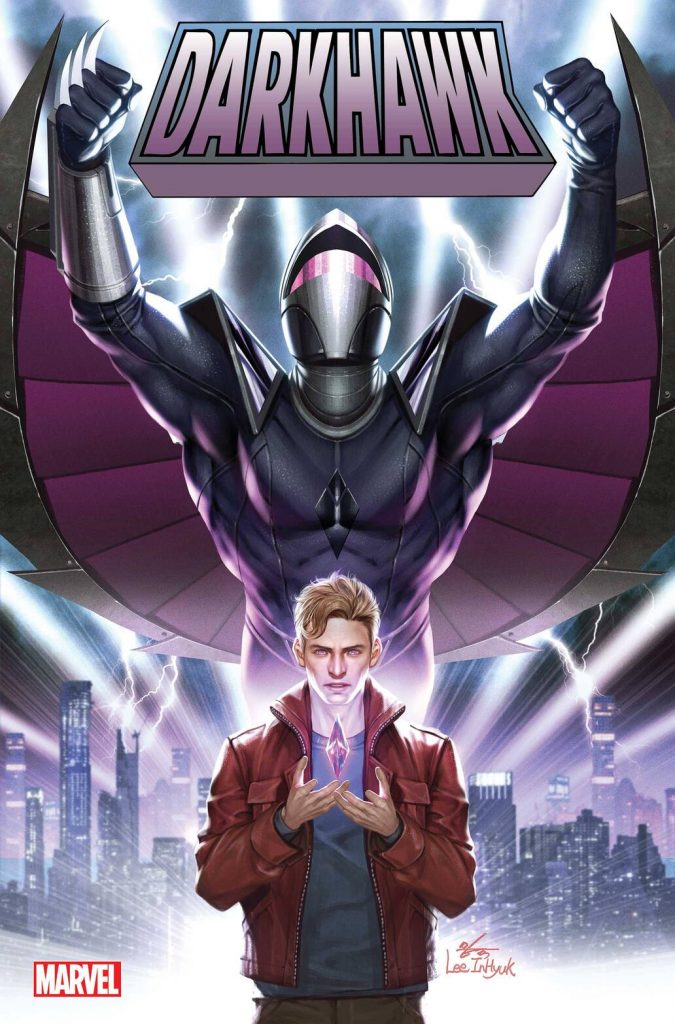 One of Marvel’s most popular 1990s creations Darkhawk will return in April in a special giant-sized celebration issue! Honoring the iconic hero’s 30th anniversary, DARKHAWK: HEART OF THE HAWK will feature three spectacular tales from all-star creative teams including Darkhawk’s creators: writer Danny Fingeroth and artist Mike Manley. This action-packed issue will celebrate Darkhawk’s legacy, explore his defining eras, and set up the hero up for his bright Marvel Comics future,” is what Marvel had to say about the comic.

I’m honestly rather clueless about Darkhawk, other than the meme side of things. I’m sure that this must be pretty exciting for Darkhawk fans, at least! The fact that the characters original creator is returning for the Darkhawk 30th anniversary comic is good news. If the creator is coming back you can at lest rest assured that the spirit of the character will be intact. This could mean big things for Darkhawk! Next thing you know he’ll have his new ongoing series. Then he’ll grow in popularity and take the Marvel universe by storm. Finally, he’ll get his own film in the MCU and a Darkhawk #1 really will be worth $1,000,000