There’s just something about the number nineteen that makes you want to celebrate all things Dark Tower while also staying away from guys named Nort, who have a certain taste for Devil Grass.Those of us who have read the books know the significance of the number nineteen so with today being the 19th of July it only seems appropriate for there to be a bunch of Dark Tower movie tidbits to ramp up the excitement levels. This thing is actually happening Geekling! I mean for real. This is how I realized this was actually going to be a thing that I could behold with my eyeholes. When thinking about this column today it dawned on me that there was going to be a Dark Tower movie and what do movies get? Movies get movie scores! All my life I’ve wanted music directly written for the Dark Tower and now it looks like it’s going to be a thing. Mentally I can’t really handle that. 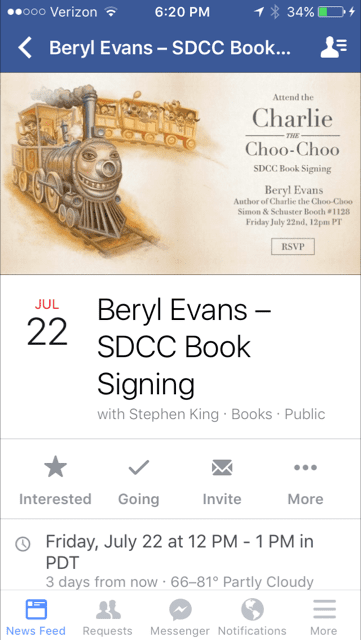 My morning started off like most mornings. I forced myself out of bed, went for a work, came home and checked out Facebook to see that Stephen King was advertising a book signing at San Diego Comic Con, but not a typical book signing. This one would be conducted by Beryl Evans who according to the Dark Tower series is the writer of the “beloved” children’s story Charlie the Choo Choo. This is exciting/interesting for a number of reasons. For starters it confirms that the Dark Tower movie is going to have a presence at Comic Con this year, but it also throws some intrigue into what this book signing could be. Will there be a fake Beryl Evans present to sign copies of Charlie the Choo Choo? I wouldn’t count it out as the Dark Tower series gets pretty meta. Could Uncle Stevie be there signing copies of books instead of Beryl Evans? That’s a possibility and would be a super cool surprise. Or, and this is the one I’m leaning towards, could the Sombra Group be present giving away Tower related items and maybe even sneaking in some footage? Can you say teaser trailer? I don’t think I could handle that. Oh, and for you Tower Junkies out there, the Sombra Group just released a smart phone app that if you scan over the cover of the newest Entertainment Weekly gives you quite the awesome. Check it out and feel free to post your pics in the comments. 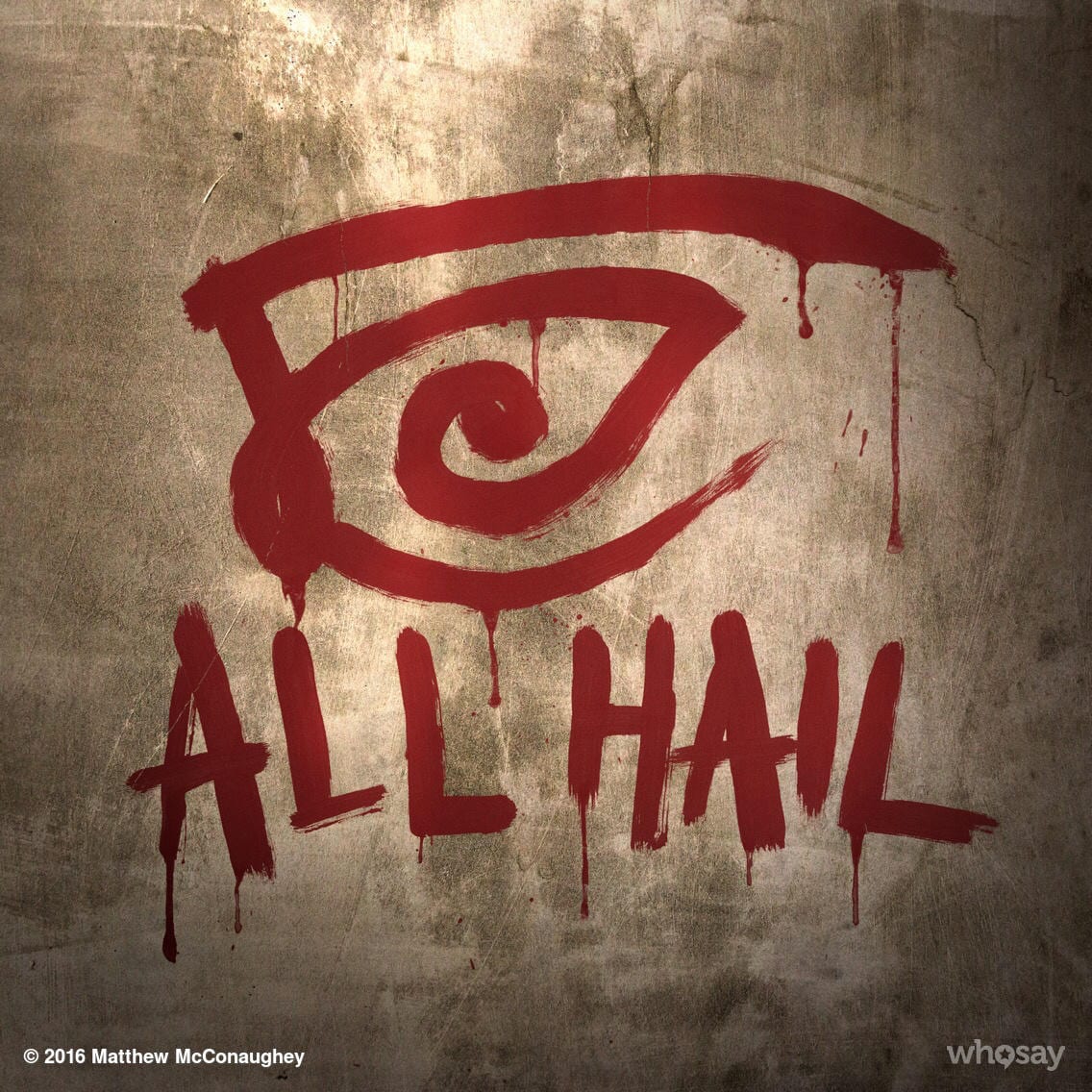 That was not the last of the Dark Tower tidbits for the day, as Matthew McConaughey posted this fantastic teaser image on to his Twitter page with the quote “shake the hand that shook the world”. Fans of the Dark Tower, and The Stand, will recognize this as one of the key quotes from one Mr. Randal Flagg, the character McConaughey will be playing in the film. Honestly Geeklings, I love stuff like this. Not only does it show that McConaughey has immersed himself in both the story and the character, but it also confirms the existence of the Crimson King. The Man In Black/Walter/Randal Flagg is the second in command to the stories main villain, the Crimson King, who wants to see the Tower fall and govern the chaos that follows afterwards. This is his symbol and seeing it spray painted like this is both eerie and makes my face dizzy.

McConaughey’s image is not the first of it’s kind as Idris Elba, way back on Father’s Day, posted an image of his own which carried the quote “I am Roland, son of Steven, son of Henry, true descendant of Arthur. And I have not forgotten” 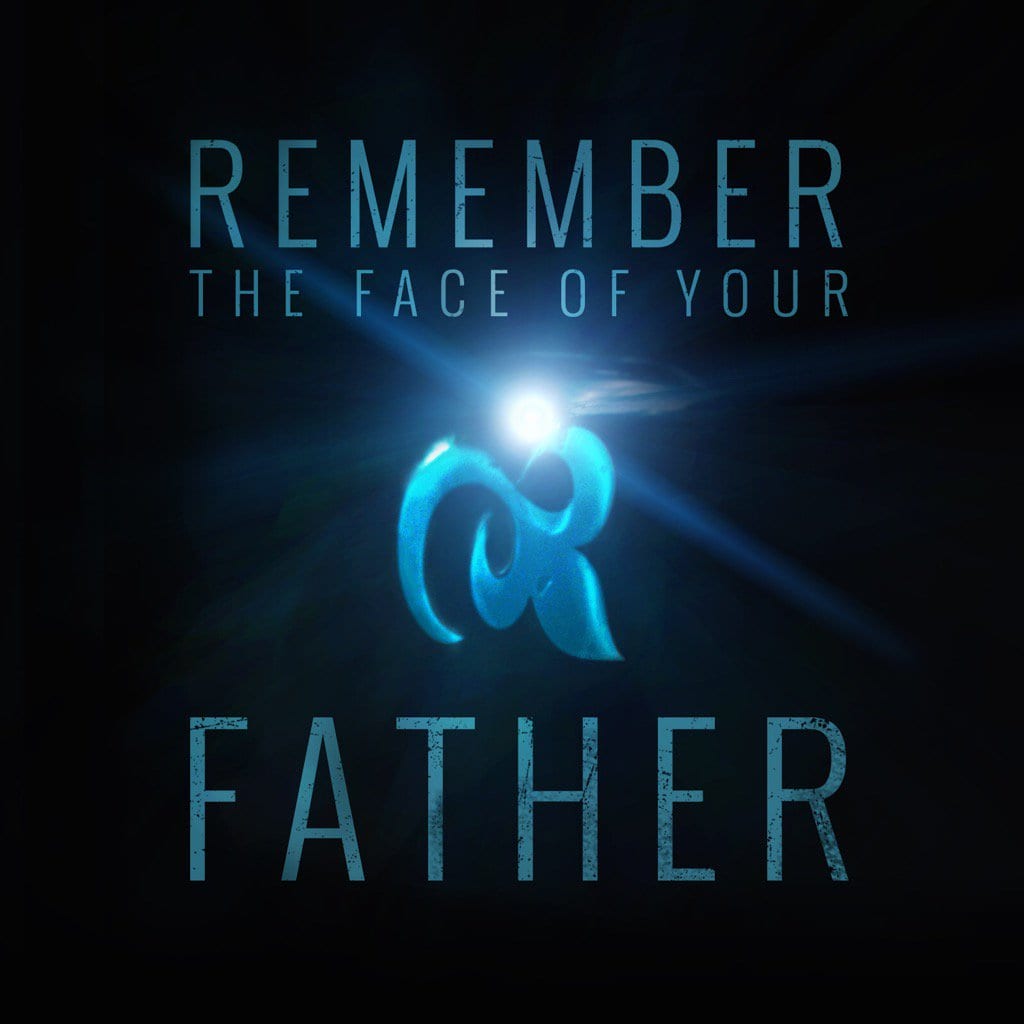 The sign of Eld carries a majestic importance and my geeky heart explodes a little beholding this image. This becomes just another one of those little moments that displays how these two actors appreciate the importance of this story and are trying to do all the right things with it. All I’ve ever wanted from a possible Dark Tower movie was for the content to be respected and appreciated. Elba and McConaughey already get gold stars in that department. And with each day the Tower draws closer and my excitement levels rise.

If anyone is going to be at Comic Con this weekend and happen to swing by for the Beryl Evans book signing please, please, please try and pick me up a copy of Charlie the Choo Choo (if it’s even there), and if it’s not please come back and tell us what went down in the comments.

Keep on following the path of the beam Geeklings!