In a recent interview with IGN, Nik Arcel, director of ‘The Dark Tower‘, addressed several questions regarding the upcoming film, including where exactly it falls in line with the books. Nik also speaks about getting advice from Stephen King, saying he [King] became the groundskeeper to these characters; at one point he passed back the script in a hard-cover book with handwritten notes that were ‘polite’, but helped maintain authenticity to the characters.

‘The Dark Tower’ is an extraordinary series, with lots of intricacies and depth. Those of us who consider themselves part of Roland’s ka-tet most likely had some reservations when first learning of the different changes being made to bring these characters from the page to the screen. I will admit to being cautiously excited for the movie’s release. Can’t lie, I was worried about HOW different it seemed from the books.

However, the more I hear Nik Arcel talk about his vision for the story, and discuss the choices that were made and why they were made, I am much more open to the changes. Now I find myself counting down the days until I am parked in my seat ready to watch this epic battle for the Tower to begin, again.

Here are a few key excerpts from the interview with IGN:

On some of the differences between novels and film:

IGN: Can you talk a little more about what elements you did bring in from the different books and why that remix is really working?

NA: Well, I think it is obvious from the trailer that the Man in Black plays a big part of it, as he also does in the first novel. You know, Susanna and Eddie are not gonna be in this film, I can tell you that. And there are certain elements, like certain characters, that the fans will know, ‘Oh my God, he’s there’… like somebody from book four suddenly popping up. So, we actually took the world and stitched it a little bit together without sort of losing the promise of greater adventures.

On rumors of a television series and additional films:

IGN: Some of the marketing that has come out for the movie, particularly a shot of Roland holding the Horn of Eld, has fans theorizing that this isn’t just an adaptation of ‘The Dark Tower’, but a canon continuation of the story.

NA: It is, in fact, a continuation. It is actually a canon continuation, that’s exactly what we intended, and what Stephen King has sorta signed off on. But got me really excited was when Stephen King tweeted ‘Last Time Around’… that was so cool. 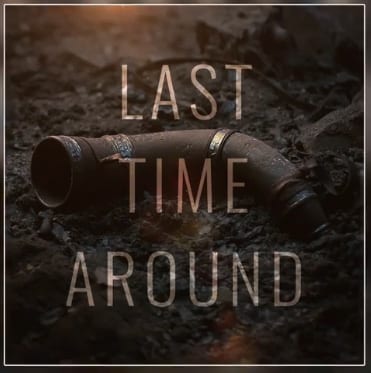 On the rumors of a companion television series:

NA: Yeah, that’s sort of based on the Wizard and Glass fourth novel in the series.

IGN: How did you find that balance?

NA: As long as the characters and the tone is right, the people can recognize that they are in this mood or this feeling, and get the spirit of it; that’s what Stephen King wrote for me after he saw the film for the first time. He wrote, ‘this isn’t exactly my novel, but this is very much the spirit and the tone, so I’m very happy.

The Official Trailer – ‘The Dark Tower’

If Sai King gives his stamp of approval, then I am sure Roland and Jake’s first part of the journey to the Tower will not disappoint. You can watch the entire four-minute interview clip over at IGN.  ‘The Dark Tower’ opens everyone on August 4th.