The Buffy: Season 10 creative team of writer Christos Gage and artist Rebekah Isaacs will return, with Buffy and the Scoobies still living in San Francisco. Spike and Buffy are still a happy demon-hunting couple. Willow, Xander, and Dawn are still around, and yes, Giles is still trapped in the body of a 13-year-old. Unlike previous Buffy seasons, which ended with an apocalypse, this season will start with one. 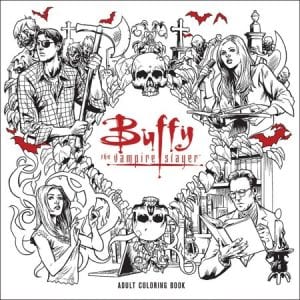 Also coming soon from Dark Horse is the Buffy the Vampire Slayer Adult Coloring Book. The new book will showcase some 45 original black-and-white illustrations from series artists like Rebekah Isaacs, Georges Jeanty, and others, in pages that feature characters from the Buffy and Angel storylines, including both the series’ heroes and villains. The 96-page book will set you back $14.99, and is scheduled to hit this October. Buffy the Vampire Slayer: Season 11 #1 is set to hit on November 23rd.