Fans of Fear the Walking Dead had to face some unfortunate deaths throughout season four when both Kim Dickens and Frank Dillane’s characters were killed off. While the ripples of those deaths are still being felt, fans will hopefully be excited to hear that a familiar face will be returning to the Walking Dead spinoff come season 5.

According to ComicBook.com, Daniel Sharman, who played Troy Otto in season 3, will be returning for an unknown number of episodes next season. Last viewers saw of Otto, Madison was hitting him in the head with a hammer, presumably killing him. His character was quite polarizing on the show, having embraced the violence of the apocalypse, and with his wild temperament and charismatic yet antagonistic personality, Otto quickly became a character that viewers couldn’t quite agree on.

So, did Troy survive his injury? Or did Althea cross paths with him at some point, resulting in him appearing on one of her tapes? It wouldn’t be the first time a familiar name would pop up in Al’s catalog. Last season there was a blink and you miss it Walking Dead Easter Egg when a tape labeled ‘Abe/Doctor’ was seen, referencing Abraham and Eugene. It’s the far left tape in the photo below! 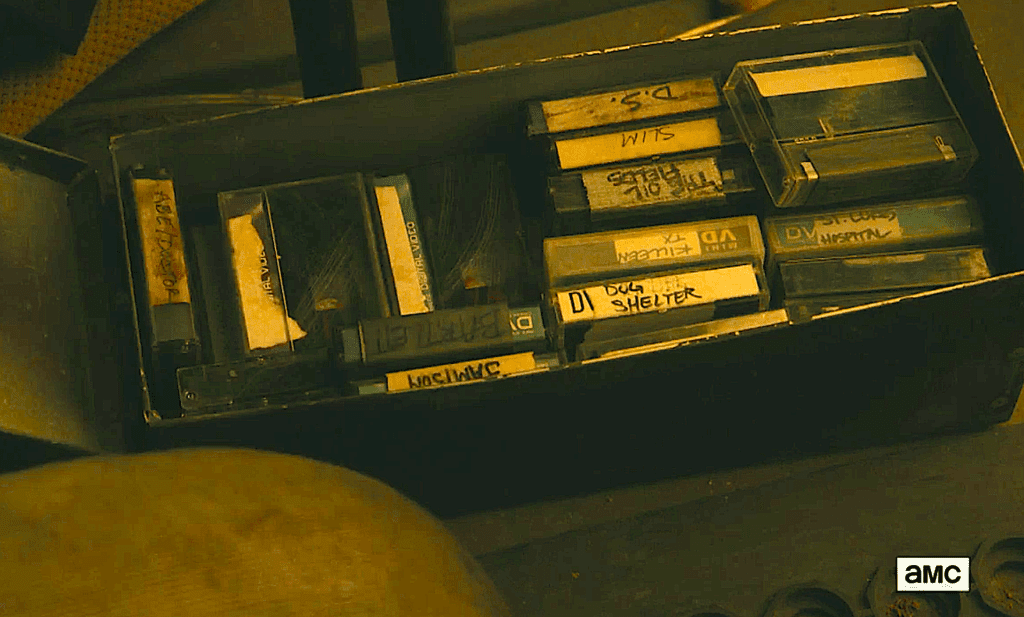 Troy Otto also suffered another big injury at the hands of Madison during his time on the show. At one point during season three, she shoved a spoon right in his eye, or as Sharman likes to say “just another day for Kim Dickens.”

[row]“All I knew when I took the job was that they said ‘you have to come to have your prosthetic fitted because you’re going to have a spoon in your eye’…and I went ‘Okay, brilliant. This is going to be fun.’ And then Kim Dickens just enjoyed it way too much,” Sharman said at Fan Fest Nashville earlier this year.[/row]

Since leaving Fear the Walking Dead, Sharman has been starring as Lorenzo de’ Medici on Medici: The Magnificent. Previous credits include Teen Wolf, The Originals, The Collection, and Immortals.

Are you excited to have Sharman reprising his role on the show? Let us know your thoughts! Fear the Walking Dead will return to AMC for season 5 in 2019.