Tired of all the reboots and remakes?  Here’s something fresh and original! When we first saw this trailer a few weeks ago, we’ll admit that we thought it was a joke but, as it turns out, this is very much a real film complete with critical acclaim from the Sundance Film Festival. 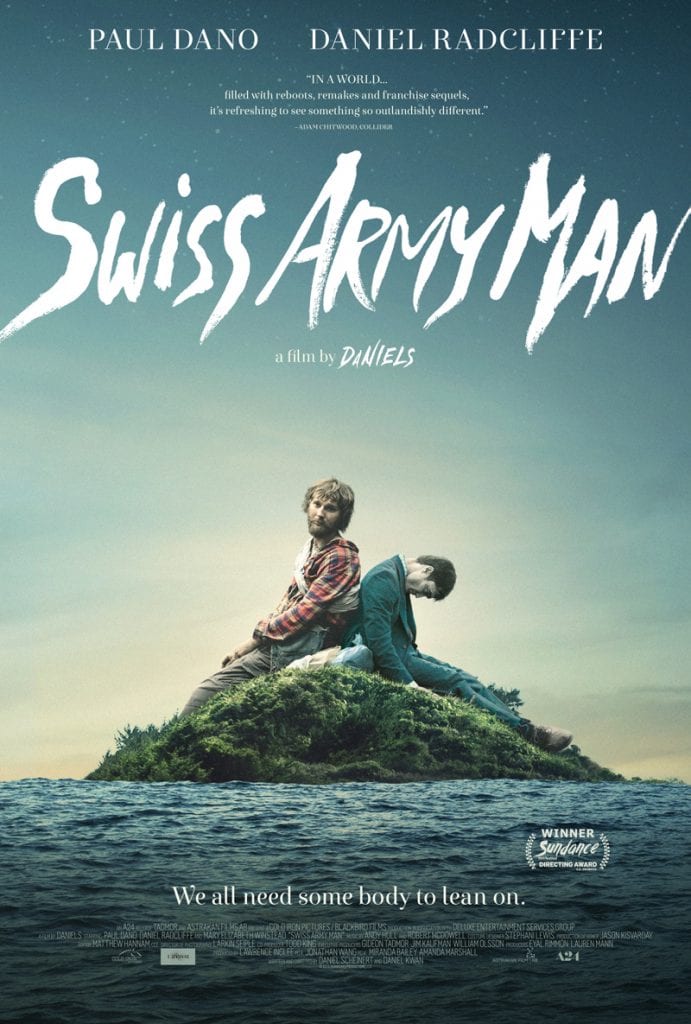 Written and directed by Dan Kwan and Daniel Scheinert, Swiss Army Man stars Daniel Radcliffe as a dead (or undead) character named Manny. Manny is discovered by Hank (played by Paul Dano) who has been stranded in the wilderness. Hank befriends Manny (a corpse) and, together, they go on an exciting and surreal adventure in order to get Hank back home.

The premise of the film seems to be Weekend at Bernie’s meets Castaway however, we do trust Daniel Radcliffe and his career choices so, we are definitely intrigued.

Swiss Army Man opens in New York and Los Angeles on June 24th and is expected to begin opening, nation-wide, by July 1st.

Check out the movie poster and trailer (below) and PLEASE let us know what you think. We are dying to hear your thoughts on this preview!