Dandara: Trails of Fear by Long Hat House and published by Raw Fury is a masterclass in Metroidvania style gameplay featuring a unique movement system, great DLC which almost doubles the length of the game, and incredibly challenging boss fights. Dandara: Trials of Fear delivers an excellent overall package.

The Salt, a majestic world filled with non-violent inhabitants, was once in a beautiful peace. Unfortunately the balance was broken by a mystical man, known only as The Eldar, who forced oppression on The Salt’s inhabitants. When all seemed lost a new hope awakened – Dandara, born from the Crib of Creation.  Dandara’s singular mission is to restore peace to The Salt by defeating The Eldar.

The story serves mainly as a backdrop to the gameplay, with no cutscenes to speak of. There are brief moments of dialogue and random areas of interest strewn throughout the labyrinthine world which serve to provide the player with snippets of backstory – but mainly you will progress on your own, unlocking paths and abilities until you eventually come face to face with The Eldar – or, in the case of the DLC – Tormenta.

The first thing you’ll notice about Dandara, and indeed the most unique thing about the game as a whole, is its movement. Dandara cannot walk or run, instead she must launch herself between patches of land. She is able to launch into any direction and gravity does not affect her, so your movement is only hampered by how quickly you can choose a direction. Often, the rooms will twist and turn with Dandara, creating a odd sense of anti-gravity and ensuring that the level design is never dull.

At first, I thought this was strange. I even wondered how this style could possibly sustain itself throughout a game. But man, was I wrong. Dandara features some of the most fluid movement I have ever encountered. Within hours I was traversing the land at speeds so quick I was amazed at myself for pulling it all off.

Unique movement aside, Dandara is essentially another in a long line of Metroidvania style titles – although that isn’t a knock against the gameplay. Dandara feels fresh and exciting. It helps that Dandara also throws in a bit of Dark Souls homage by having campsites serve as checkpoints. These camp sites allow you to use Salt – which you collect from downed enemies – to level up and refill your health and items. The drawback, like in Dark Souls, is that resting at a campsite will respawn all defeated enemies.

Dandara can upgrade her Endurance, which increases her health; Energy, which is drained when using special abilities; Essence Effect, which determines how much health is refilled each time you use a health potion; and Infusion Effect, which determines how much energy is refilled each time you use an energy potion. All upgrades pull from the same pool of Salt, so you must plan wisely which items to upgrade. Although, thankfully, as long as you explore you should be able to upgrade well past the level needed to complete the game.

If Dandara falls in battle then she will return to the nearest campsite, minus any Salt she was carrying. Players can rush back to where they fell to retrieve their soul and Salt, but if you perish again then you lose any accumulated Salt that the soul may have been carrying.

As the Metroidvania genre implies, there are multiple branching paths which Dandara can take to reach her ultimate goal. Of course, most of these paths are blocked by various obstacles – at least at the outset of Dandara’s journey. As you progress, defeat bosses, and find new areas Dandara will be granted new abilities. These abilities can then be used to reach previously unreachable areas. This pattern continues throughout. It’s a tried and true formula that remains fun throughout the Dandara’s six or so hours – ten hours if you count the DLC.

Helping you traverse the world is a map, which unfortunately does not rotate with the rooms so it can be a bit confusing when attempting to choose which door to take in a particular room to get to the next area, but still the map serves its purpose well enough and backtracking if you go through a door does not take any effort and rarely frustrated me. (Edit: Apparently there is a way to rotate the map and I just did not realize it, sorry!)

The map does show where you’ve been and where you’ve explored but couldn’t progress. This is helpful as anytime you gain a new ability all you must do is study the map to see where areas end without being completed and it’s normally a good bet that that is where you need to head next.

Thankfully, the option to fast travel between campsites does eventually become available – although not until late in the game.

Dandara has multiple abilities to help her fight the variety of enemies she’ll encounter, including Jonny B. Missiles which help hit enemies at a distance, her regular arrow shots which are good for close encounters, bracers which defend her against incoming attacks, Logic Blast which can reflect off walls to reach new areas, Memories Shaft which can create a path between two areas which Dandara can jump into – purposefully hurting herself but putting her in otherwise hard to reach areas, and Anxiety Shock which creates a burst of energy that lingers and deals continuous damage.

If you find yourself having trouble, there is a cheat mode option which allows you to either have more check points, or to have unlimited energy and to respawn in the same room you died in rather than your last visited campsite.

Overall Dandara is a thrilling adventure with an interesting story, complex and unique gameplay, and gets a high recommendation from me. Do yourself a favor and grab this game as soon as possible.

Dandara: Trials of Fear is free DLC which is almost as long as the base game. Involving a completely new world which you can seamlessly traverse alongside the base game world, Trials of Fear adds abilities, new bosses, and a slew of challenges. It is harder, faster, and incredibly fun.

Set inside a world mimicking the base game but with a serious dytopian vibe Trials of Fear adds multiple new areas to explore as well as many extreme challenges to face.

During your playthrough you’ll encounter The Adventorous One, The Persistent One, and The Noble One – each of whom will test your abilities in large arenas which make use of all the skills you’ve acquired during your initial play through. Other areas simply feature timed challenges where you either must survive or reach another gate. A few areas involve you stepping into a red marker and having to traverse long distances and extreme obstacles without being hit to reach another area to open gates. One small hit will send you back to the beginning though, so these areas tend to be rather tense.

Every challenge is fun and the sheer variety of different challenges kept me entertained.

As if the expanded world and challenges weren’t enough, Trials of Fear also adds multiple new abilities including Displaced Presence and Skin Knitter, both of which are essential to exploring one hundred percent of Dandara’s areas. 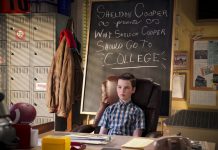 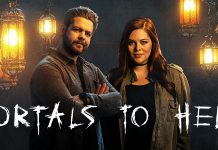