The Black Panther world premiere took place last night in Hollywood and some of the biggest names in the business rolled in to celebrate one of the most anticipated Marvel films to date. It was the place to be as social media was taken over by the BlackPanther trend and everyone from stars to fans were celebrating the big night. 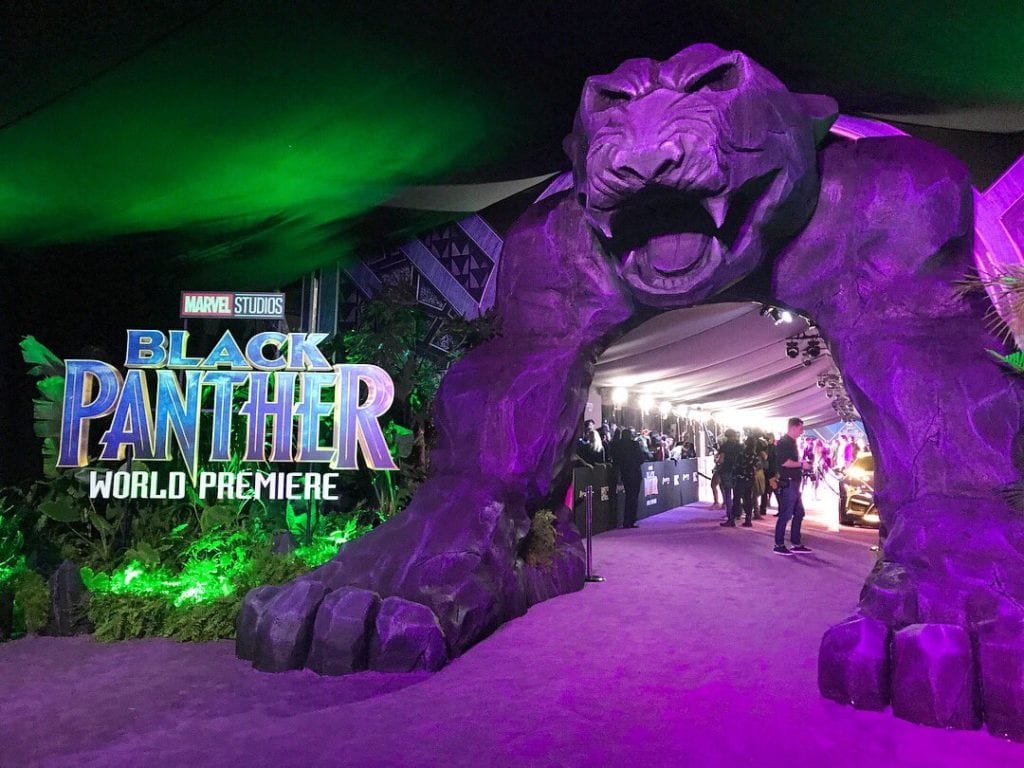 Oh, and those who were lucky enough to attend the event in person, they walked in on a purple carpet. Not before, however, Black Panther himself made an entrance fit for a king.

It is our time. #BlackPanther pic.twitter.com/aiB5FnZFBA

The power Chadwick Boseman exuded posing for photos is exactly what we anticipate to see in the film. He’s a man taking on a Kingdom after the death of his father, he can’t freeze.

As we will soon see in the film, T’Challa is only made stronger by the incredible warrior women of Wakanda and when they arrived last night, they embodied that persona. Not that it was hard, they’re all powerful and talented women in their own right. From Danai Gurira and Lupita Nyong’o to Angela Bassett and Letitia Wright, the women of the film are setting the bar high with this film.

Of course, there’s no superhero story without a villain, and in this case, Erik Killmonger is less ‘pure hatred’ and more ‘my way is right’. He’s not a superhuman evil, he’s a man who believes there’s no grey area for compromise; which may in fact make him more evil.

Michael B. Jordan rocked the carpet with last night, not that we expected any less, and he showed up next to Director Ryan Coogler.

Now, the cast weren’t the only ones looking fierce. Everyone from Donald Glover to Sterling K. Brown and Usher showed up to support what critics and fans are already calling one of the best films of the year.