In the early ’80s, author Stephen King and director George Romero honored their love for EC comics and collaborated to create Creepshow, an anthology of short tales of terror. They released the film in 1982 and a graphic novel that followed the events of the movie was released soon after. If you are looking for something to add to your collection, the reprint of the graphic novel will be available on May 9.

The film’s adaptation was written by King and the brilliant artwork done by legendary horror illustrator Bernie Wrightson.

The graphic novel is also available for pre-order.

Creepshow became a horror classic with its concept of a boy simply reading a horror comic to explain why there were different short stories throughout the film. Its success led to the sequel, Creepshow 2, which was written by Romero and directed by Michael Gornick. The sequel wasn’t as successful as the original.

Shortly after the release of Creepshow, Romero took the same short horror story concept and created the horror series Tales from the Darkside which aired for 5 seasons.  (*shivers*)  That opening title segment still gives me the creeps.

Romero gained fame with the debut of his horror classic Night of the Living Dead and its sequel, Dawn of the Dead.

King was already an establish author in the world of horror with many of his novels becoming films as well. Such films included Carrie and The Shining. The two worked closely together for the story development of Creepshow and King even showed off some of his acting skills in the segment, The Lonesome Death of Jordy Verrill.

Remind me to never touch anything that falls from the sky…Just saying! 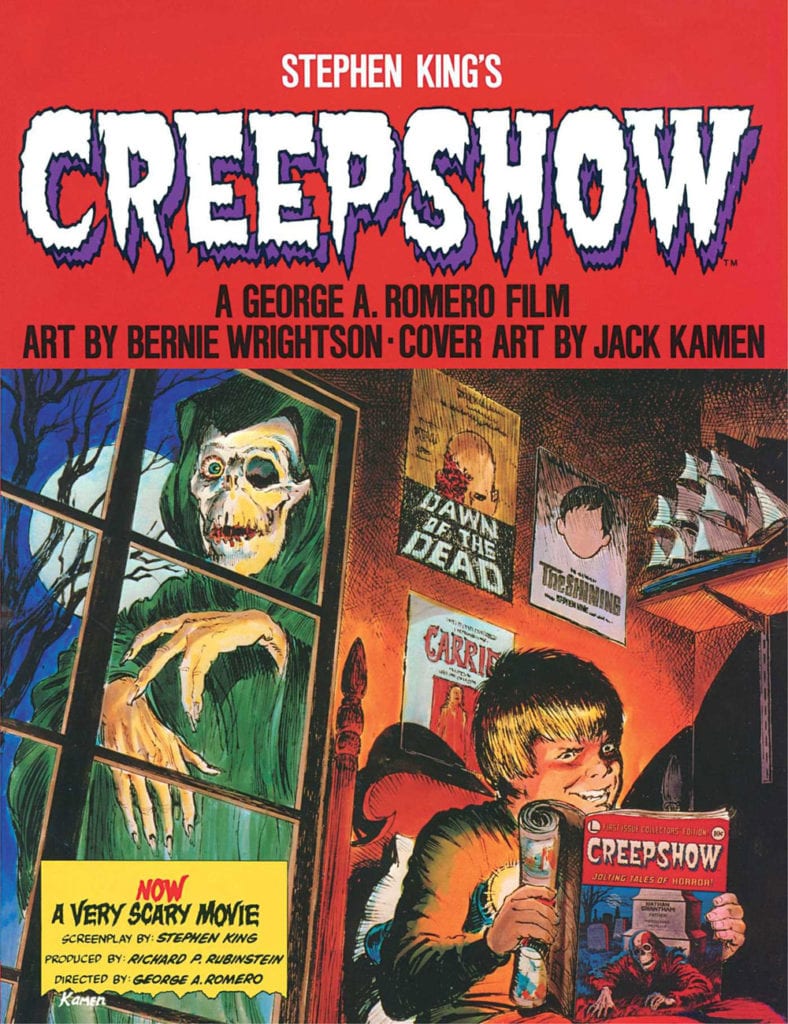 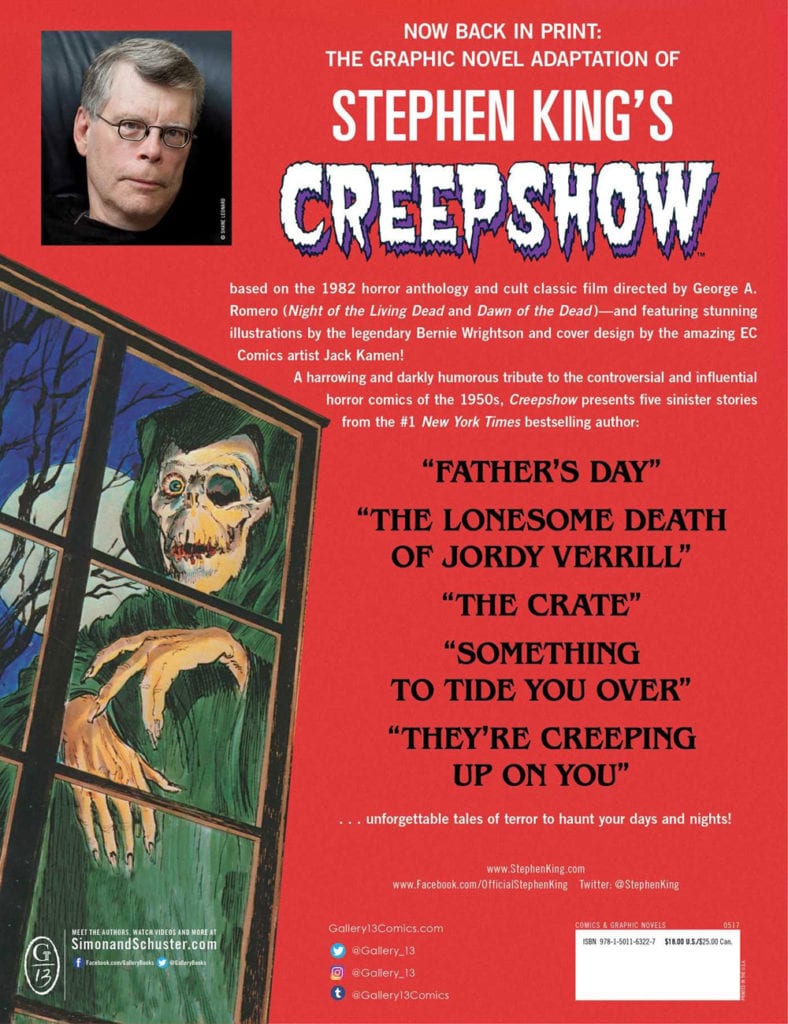 Synopsis:
A harrowing and darkly humorous tribute to the controversial and influential horror comics of the 1950s, Stephen King’s Creepshow presents five sinister stories from the #1 New York Times bestselling author: “Father’s Day,” “The Lonesome Death of Jordy Verrill,” “Something to Tide You Over,” “The Crate,” and “They’re Creeping Up on You”… unforgettable tales of terror to haunt your days and nights!