Here at Fan Fest we celebrate fans and the things they love. The dedication people put into their passions are astonishing, and I can’t think of any fans who put more into their love of their various fandoms then cosplayers. I have always been in aw of the amazing cosplays you see at conventions, I had the privilege to write an article about cosplays at the recent Fan Fest duel event in Chicago this past March. After getting to chat with a few of the costumed heroes and villains that weekend I was even more interested in what seems to be a life style for a lot of people. Lucky for me and us really one of my fellow Fan Fest writers, Julia is a cosplayer and so is her boyfriend Manny. They cosplay with the DC Cosplayers East group, you should look them all up you will get to see some fantastic heroes and villains! Many and Julia were super generous and answered some of my questions!

Q: How long have you each been Cosplayers?
We both have been participating in Cosplaying for a Couple of Years. Manny started in 2014 by cosplaying as Bane and I started cosplaying in 2015. My first con was Shore Leave in Baltimore, MD and I was cosplaying as Sara Lance, The Canary.
Q: Did you meet while Cosplaying or was it just a happy conquicidence that you both do?
It’s actually funny, it was at Wizard World Philly last year. I was dressed up as Hawkgirl and Manny wasn’t dressed up at all. During a big DC Cosplayer photo shoot, he came up to me and asked if he could get his picture with me… and we haven’t stopped talking since. It really was love at first sight. 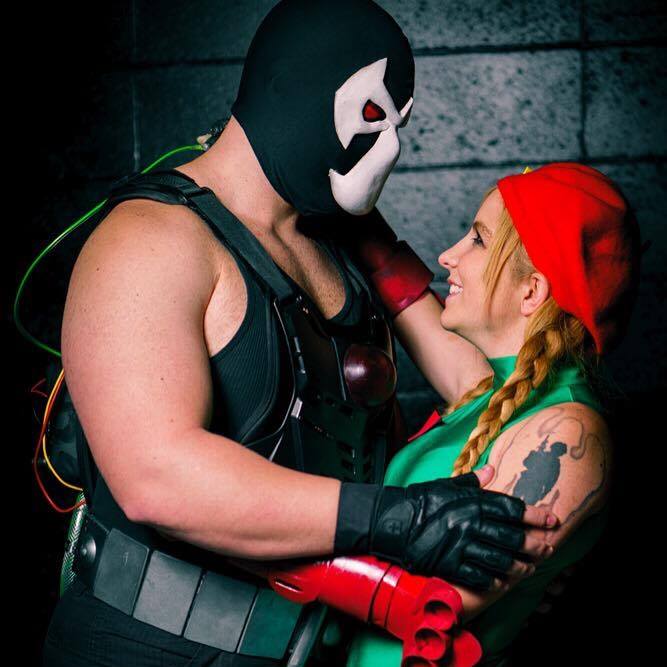 Q: How important is it for you to look like the person you are cosplaying?
Pretty important! We like to be as accurate and as close to the characters as possible. The sketch artists who created these characters are phenomenally gifted, and we want to do them right!
Q: Is it more fun to come up with couples cosplays?
Absolutely! It’s always fun to pose as couples in photos and walk around acting like a couple. Whenever we do Harley and Bane, we always go around and team up on all the Batman’s we find. It also brings us a lot closer together as a couple. Our favorite couple to cosplay is Hawkman and Hawkgirl, just because it’s very rare that you see other couples dressed like them at conventions and I mean, we get to wear wings!! 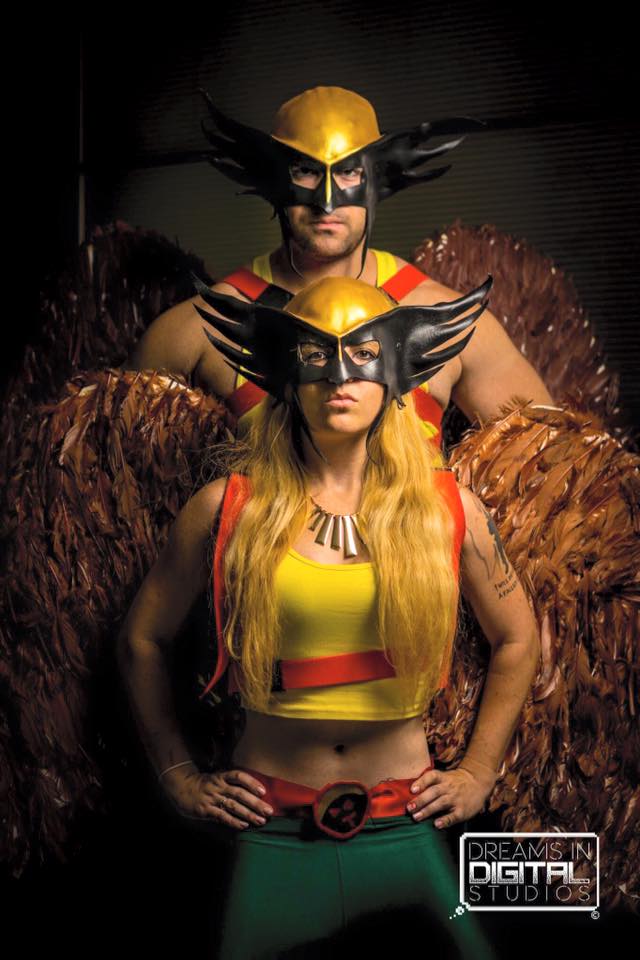 Q: What got you each into Cosplay?
We have a love for all comic book characters. By putting on a different cosplay, we can escape reality for a few hours and just have a bunch of fun with our friends. We both can mutually say that it was definitely our love for comics that was our first stepping stone.
Q: What was the first Cosplay you wore to a convention?
Manny’s first cosplay was The Punisher, and Mine was Sara Lance from Arrow.
Q; Jules, I know you have met Caity Lotz while in the Canary outfit is that nerve wracking or exciting?
It was pretty exciting and incredible. My best friend Sarah and I had been up for about three hours air brushing the White Canary outfit to get it to have that perfect worn look that she has on the show. She told me it was the best one she had ever seen, and I couldn’t help but blush and smile. It was just so amazing to have my idol compliment me like that!
Q: I love your Ivy and Bane Cosplays, do you have any fun couples cosplays in the works?
Thank you! We definitely do have a lot more couples cosplays in the works, but they’re remaining a secret for now! (smirks) 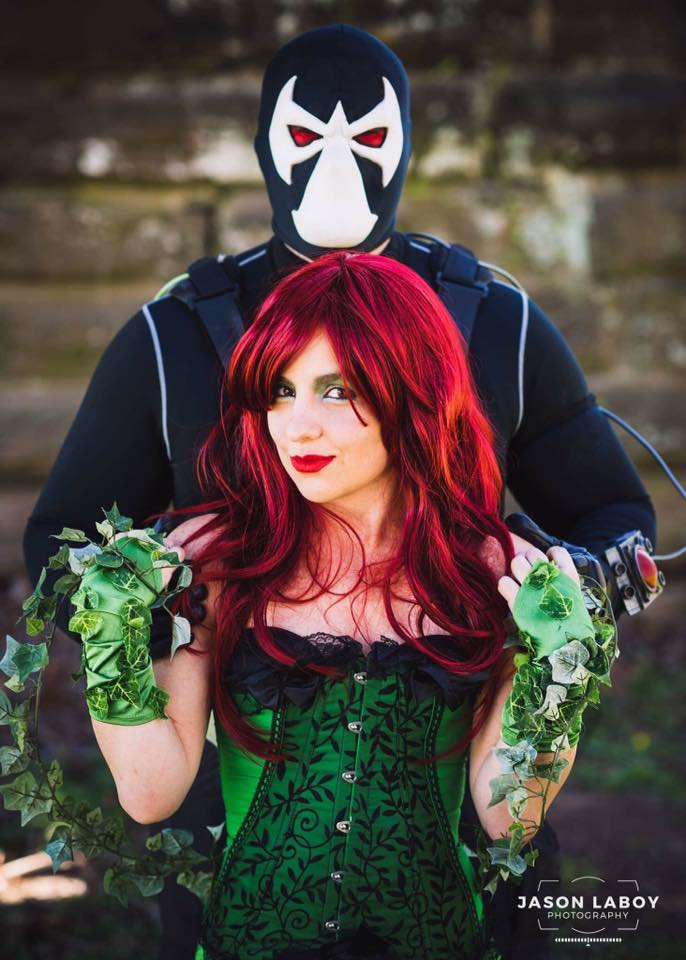 Q: When someone approaches you respectfully at a convention do you enjoy taking pictures with them, and if you do do you stay in character? I have met some people that are completely the character they are cosplaying and others that are just wearing the outfit.
It depends on who we are cosplaying. As the hawks, definitely. However some kids get scared when they see Harley or Bane so we just act like ourselves if we are in those particular cosplays. When Manny was Negan and I was a Harley/Negan mashup, he was definitely in character the entire time. It was pretty entertaining.
Q: Last Question, as you both seem to love the DC characters, is there anything coming out in the near future that you just can’t wait to see?
The Justice League, for sure!
While most fans put their love and heart into their fandoms cosplayers put all of that plus their blood, sweat, tears, and dolla dolla bills into their hobby. They are a gift to all of our various fandoms, I know the first time I saw a fantastically done Nightwing cosplay I almost fainted. You love a character in a book, video game, comic, movie, or TV Show but know that even if you meet the actor you will never meet your favorite character. These amazing humans help make all our dreams come true!
Anyone have a favorite cosplayer? Mine is obviously Julia! <3
Kyle Schlaack