During a performance, Nashville singer and songwriter Tim McGraw recently fell off the stage. He seized the chance to greet fans and took advantage of it.

Tim McGraw’s overzealous performance of “Just To See You Smile” at his Arizona concert this weekend led to an embarrassing accident when he fell off the stage.

While performing his song, “I Like It, I Love It,” at the Boots in the Park show, country singer Reba McEntire had nearly too much rhythm while attempting to get up from a kneeling posture and then shift into a squat position before tumbling back into the crowd.

In videos posted by fans, the 55-year-old can be seen struggling to maintain his balance before eventually giving up and falling backward.

After the accident, McGraw appeared to recover fast as he bounds back up to greet more of his screaming supporters.

This incident occurred on the same weekend as rapper Post Malone fell through a hole on stage and injured himself. 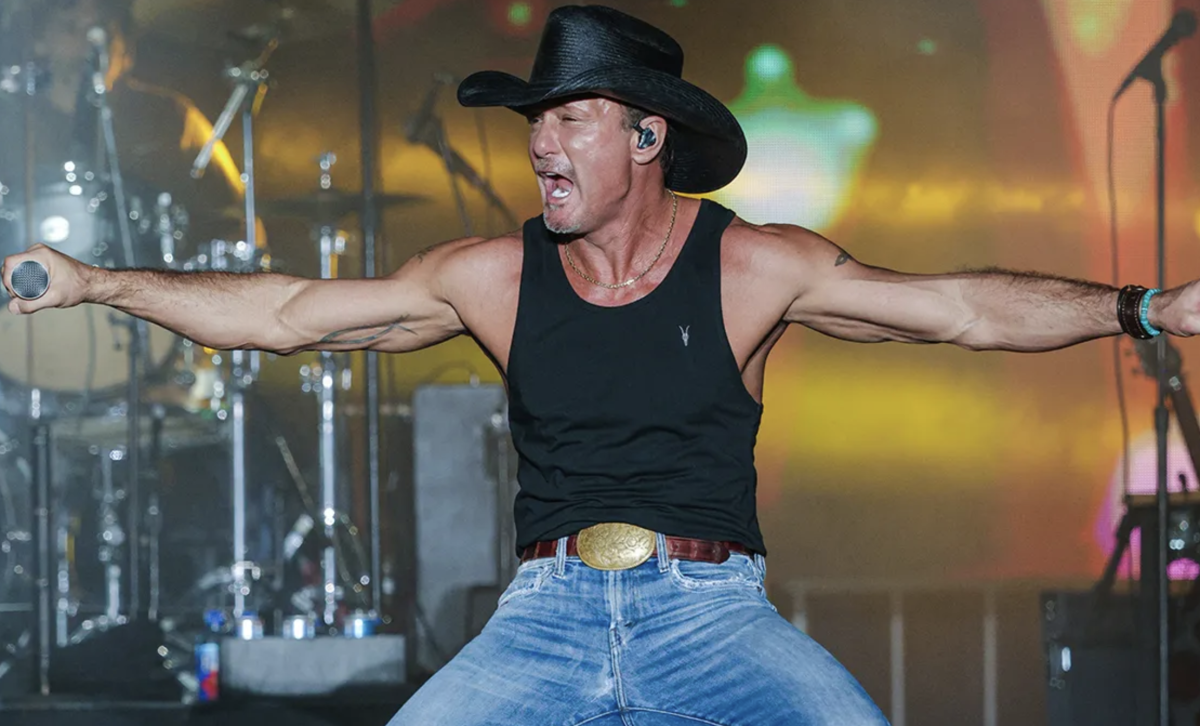 It’s not the first time that Tim McGraw has experienced a health scare on his own. In 2018, McGraw required medical attention after collapsing at a show in Ireland.

Tim McGraw is scheduled to perform next month in California.

It’s uncertain if Faith Hill, the wife of country star Joe Nichols, was in attendance at McGraw’s Sunday event.