Hailey Bieber recently put an end to the rumored feud between her and Selena Gomez with a photo. With the Oscars approaching, the two stars made an appearance at the Academy Museum Gala in Los Angeles on Saturday evening.

While Gomez showed up to the red carpet in a stylish suit by Giorgio Armani, Hailey arrived in a Saint Laurent cutout gown–neither accompanied by their significant others. TMZ reported that they likely met at an after-party or the museum and felt comfortable enough for a picture together, captioned by Hampton as a “plot twist.”

Last month, Hailey quelled rumors she stole Justin from Gomez during a guest appearance on Alex Cooper’s Call Her Daddy podcast. “I’ve never discussed this before, and it’s really nuts. The majority of the hate and negativity come from people thinking I stole him away. It’s because people don’t know the truth, and that’s what I want to share; because there is a truth. According to her, she fully respected Justin and Gomez’s relationship and never once interfered in it.”

When Justin and Gomez separated, he began dating Hailey. Even the model said that it looked like he needed closure from the actress to move on officially.

Hailey stated that she and Gomez spoke amicably even after Justin and Hailey became a couple and eventually got married. 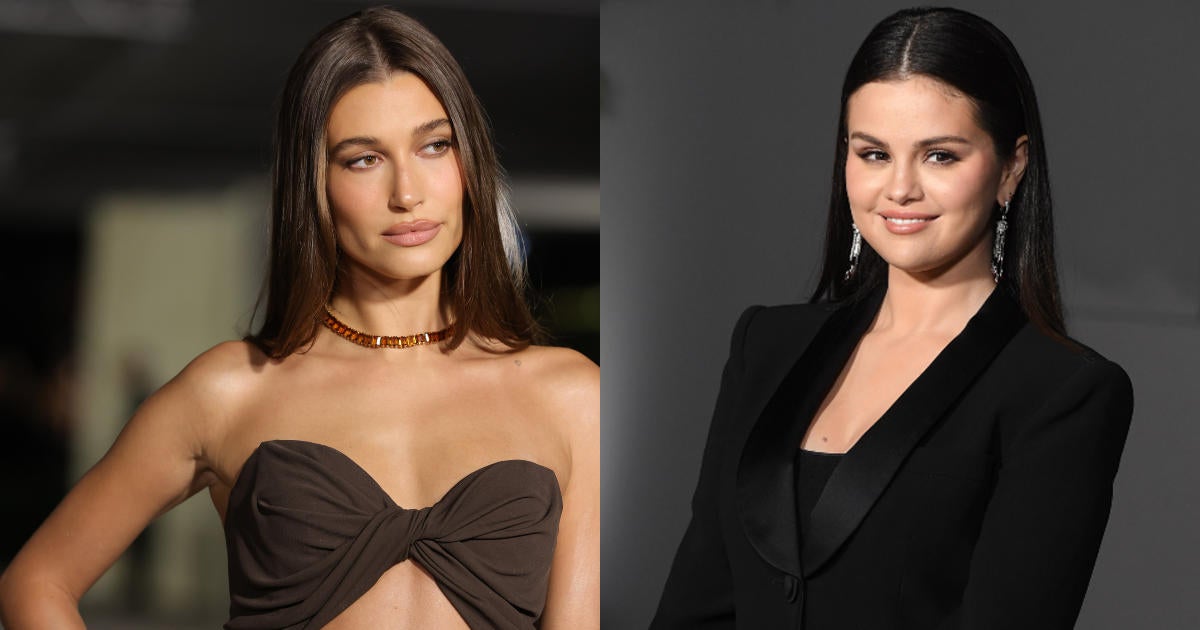 After Hailey’s interview about the online hate she received from Gomez’s fans, the former Disney star called the behavior “vile and disgusting” during a live TikTok.

“I think some of the things that I don’t even need to be aware of are just vile and disgusting, and it’s not fair, and no one, ever, should be spoken to in the manner that I’ve seen,” Gomez said It’s quite ironic that I am releasing something all about kind words, since that is what I want.

That’s it ” Fans of Gomez and Hailey have generated controversy before, with some blaming Gomez for the hateful responses. She clarified that she wasn’t involved in the comments and wouldn’t support them. ” she continued. “I cannot thank you enough, but please know that by doing so, you are representing what it means to be…
And that is – words matter Some diehard fans of Selena Gomez and Hailey Baldwin have created controversy in the past by attacking Gomez for her involvement with Justin Bieber. She said that she wasn’t involved in the comments and wouldn’t agree with them. “So, it ain’t comin’ from me Gomez explained that this issue is more important than anything else. Thank you all for listening to me. I hope you have a great rest of your day.”

Home » News » Countering Rumors, Hailey Bieber and Selena Gomez Put on a Show of Unity at a Gala