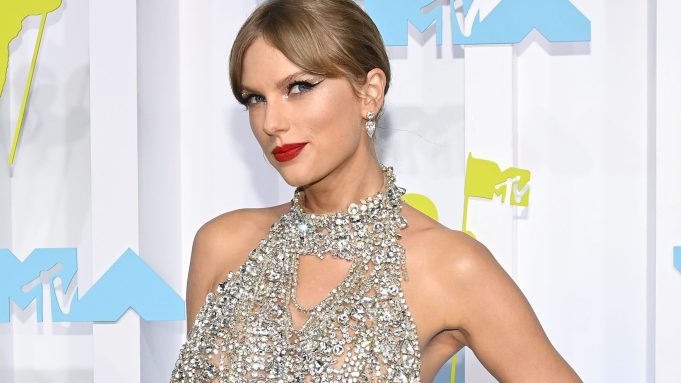 After the NFL announced that Apple Music was the new sponsor of the Super Bowl Halftime Show, fans of Taylor Swift speculated that she would be the performer. The announcement was made at midnight ET, and her new album is “Midnights.”

Although some might disagree, there are many more-valid reasons why Swift seems a likely front-runner for the Super Bowl Halftime Show — which attracts an audience of 103 million this year. Remember that this is the single largest platform for any music artist worldwide.

First off, “Midnights” drops on Oct 21 followed by a significant tour
Swift was supposed to perform a worldwide stadium tour in 2020 in support of her next album, “City of Lover,” which was due out later that year. Owing to the epidemic, it has been scaled back to just one initial performance in Paris in September 2019 on ABC, which aired and is still her last live appearance.
Given that “Midnights” will be the sixth album Swift releases in a little over three years, it’s no surprise that some of her fans are showing signs of fatigue. It joins “Lover,” as well as her two pandemic-era albums “Folklore” and “Evermore,” Furthermore, her two “Taylor’s Version” re-recordings of “Red” and “Fearless” were also released recently— Big Machine Records was sold to Scooter Braun, controversially giving him the rights to those four other pre-“Lover.” albums.
She has a lot of thoughts on the matter.

All of this leads to the fact that the Super Bowl is frequently used as a lead-in for a significant tour.

The announcement of Apple Music may have played a role in Pepsi’s decision not to renew its sponsorship of the Halftime show.
Swift’s sponsorship with Pepsi began in 2013, when she signed a long partnership with Coca-Cola, Pepsi’s arch-rival.
Whether or not it was true, sources claimed that Swift’s contract with Coke prevented her from performing a Pepsi-sponsored halftime show; however, it would have been uncomfortable.
Swift criticized the then-new streaming service in 2015 over the fact that it wasn’t paying royalties on music played in trial versions. Still, it quickly changed the policy, and she later expressed gratitude for the move, telling Vanity Fair, “Apple treated me like I was a voice of a creative community that they cared about.”

In 2019, the National Football League made a giant stride to shift its reputation regarding race-related criticism by partnering with Jay-Z’s Roc Nation organization for entertainment gigs—such as the Super Bowl halftime show.
For the past three years, performers of color have been featured almost exclusively: Jennifer Lopez and Shakira (2020), the Weeknd (2021), and this year’s classic hip-hop extravaganza with multiple artists, helmed by Dr.
Dre, featuring Kendrick Lamar, Snoop Dogg, Eminem, and Mary J Blige.
Blige, and 50 Cent, with Anderson . Paak on drums Swift is a white woman, but the past three years have seen some progress in terms of diversity. She may bring in performers of color to join her (although we’re not holding our breath waiting for Kendrick Lamar to perform on her “Bad Blood” remix).

Although many sources claim that it’s happening, three close sources reveal it to Variety.