Community alum and The Soup host Joel McHale may be adding superhero to his resume!

While at New York Comic Con, the funnyman told ComicBook.com that he’s talked to Joe and Anthony Russo about a superhero role, which is rumored to be Quantum and Woody.

“Yeah, I’ve asked them to be Spider-Man like six times, and they keep telling me I can maybe play Spider-Man’s grandpa. We probably text once a month, maybe twice a month, and they are possibly the busiest people on the planet. There may be something there in the future, and I would also love to work with Scott Derrickson who directed Doctor Strange, who has been a friend of mine since the early 2000s. With the end of the ‘hit’ The Great Indoors, I’ll hopefully develop something soon, which I can’t tell you about because it isn’t real yet.”

“I would love to do something in that space as a TV show or movie, because I think it’s some of the most exciting storytelling there is. It’s funny that comic books were always kind of seen as a kid thing for years – and then I think Christopher Reeve changed that a bit with Superman and then of course Marvel and Kevin Feige came along and said, ‘We’ll show you this can be a trillion dollar business,’ and now it dominates Hollywood.”

McHale is no stranger to the Marvel Universe himself, having played a small role as a bank teller in 2004’s Spider-Man 2, but we feel Quantum and Woody would be right up his alley. Quantum and Woody tells the story of two adoptive brothers – Eric Henderson and Woodrow “Woody” Van Chelton – who acquire superheroes while searching for their father’s killer. The comic series came to an end in 2014 with only twenty-seven issues after returning on and off since 1997. 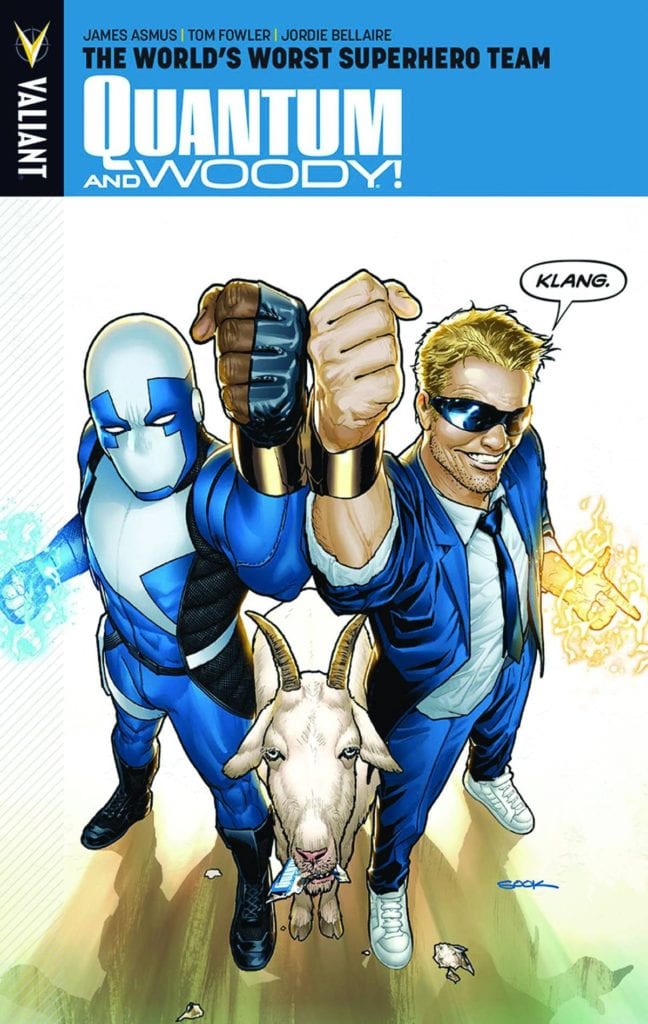 Do you think McHale would be perfect for Quantum and Woody? If not, what superhero should he play?

Home » Featured » Could Joel McHale Be Playing a Superhero Soon?