The ‘Gangsta’s Paradise’ rapper Coolio died Wednesday at the age of 59, his manager Jarez confirmed to TMZ.

The musician, whose legal name was Artis Leon Ivey Jr., went to the restroom of a friend’s house late Wednesday night. His buddy became concerned when he didn’t emerge from the bathroom fast enough and called for him. The pal checked in on him and discovered that he had been laying on the floor for some time.

The friend called 911 and, upon their arrival, emergency medical technicians pronounced Coolio dead at the scene. Although a cause of death has not yet been determined, Jarez told TMZ that the paramedics believe he suffered from a cardiac arrest.

Coolio was born on Aug. 1, 1963 in Compton, California. He recorded his first single in 1987 called “Whatcha Gonna Do?,” but found success when he released his album It Takes a Thiefin 1994. The record included the smash hit “Fantastic Voyage.” which announced him as a future star. 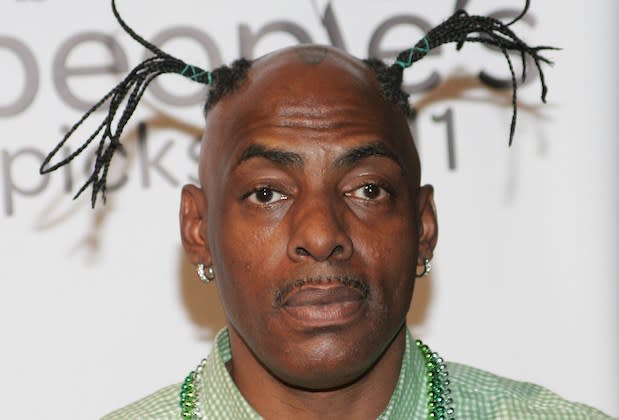 In 1995, Coolio’s popularity skyrocketed after the release of “Gangsta’s Paradise.” The song was used in the film Dangerous Minds and instantly became popular across the world. He hadn’t intended to include it on an album at first, but its success made it impossible for him not to. In November 1995, Gangster’s Paradise was released, and despite being a huge hit, it earned Coolio the 1996 Grammy for Best Rap Solo Performance. “Too Hot” and “1, 2, 3, 4 (Sumpin’ New)” became major hits as well. The 1996 Grammy for Best Rap Solo Performance went to Coolio for “Gangsta’s Paradise.”

“Gangsta’s Paradise” has been a continuing influence, with the song being used in the 2019 Sonic the Hedgehog film and people still watching the original music video. According to Billboard, the clip became YouTube’s latest to reach 1 billion views in July.

Coolio may never recapture his mid-1990s commercial success, but he remained a working artist. His song “Aw, Here It Goes!” has been the opening for Kenan and Kel on Nickelodeon for years. He also made numerous reality shows appearances and frequently guest-starred as himself in TV series. He also released music independently after this, with his final album, From the Bottom 2 the Top, being released in July 2009.

Coolio was married to Josefa Salinas from 1996-2000 and they had 4 children together – daughters Artisha, Brandi, and Jackie, and son Artis. Just four days before his death, Coolio posted footage of his final concert on Instagram where fans are now sharing their condolences.