If you’ve been watching the new CW hit Riverdale, then you are most likely a huge fan of Cole Sprouse’s portrayal of Archie comic favorite, Jughead. In keeping with his hilarious and always genuinely thoughtful personality Sprouse took to the Riverdale subreddit to answer some burning fan questions about his character, the show itself, and more.

Cole is also a super talented photographer (just check out his Instagram account). In addition to his AMA, Cole also released an album of over 50 behind the scenes photos that he’s taken around set.

Check out below to see some of the AMA highlights and the massive BTS album is at the end!

On his Disney days:

On the Riverdale time period: 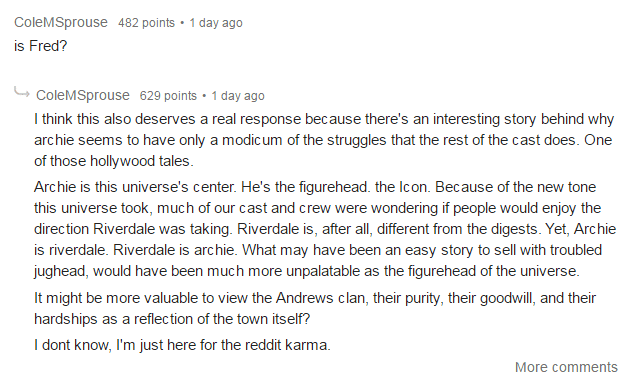 His favorite memory on set:

Thoughts on his signature beanie:

On his favorite episode: 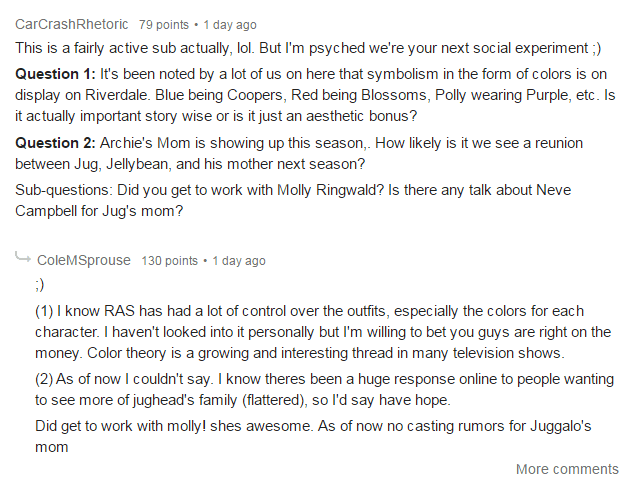 A thoughtful answer to the asexual question: 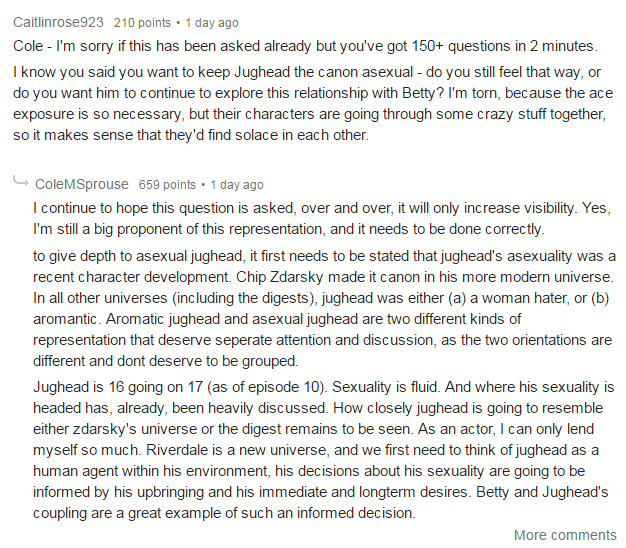 The biggest challenge of playing Jughead: 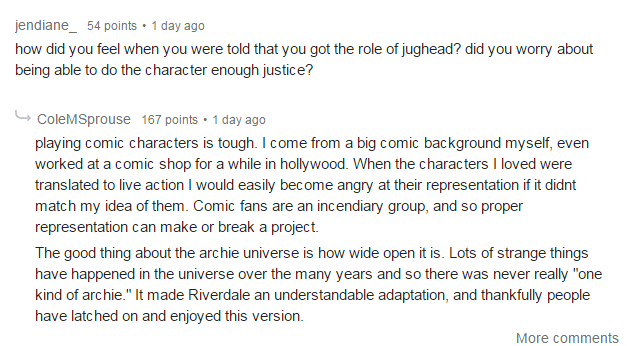 Riverdale Behind the Scenes
Album by Cole Sprouse