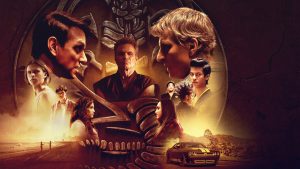 The smash-hit-tv-karate-drama returned to Netflix at the start of the year for its third season, there was a lot to live up to following the show’s global success (Netflix claim 50 million households watched the first two seasons within 28 days of launch) as fan expectations have grown exponentially in the last few months. This time around, Cobra Kai opts for a deeper, more story-driven tempo that reveals intriguing insights into major characters while steadily ramping up the action for another explosive finale. This is Cobra Kai’s boldest season so far. 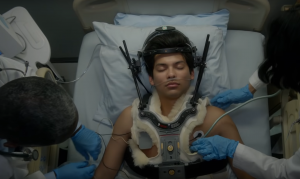 We pick up right where we left off following season two’s climactic high school showdown. Miguel is recovering in hospital from his near-fatal accident but he’s not the only one suffering from the rivaling dojo-wars. Johnny blames himself for what happened to Miguel, Sam is shaken to the core terrified to face Tory again, Robby is now a fugitive, Kreese’s militant tactics take hold of the Cobra Kai dojo and Daniel is left questioning his sense of purpose, and Miyagi Do’s very existence.

Rather than cherry-picking the most established characters and choosing to ignore others entirely, Cobra Kai embraces the dire consequences for all involved. No one gets off lightly, whether they were the instigator or the recipient of abuse, the fallout of their choices and actions ripple throughout the season. The result is a more emotionally intelligent show, as we see each of the main characters at their most vulnerable, fighting to regain control of their lives. As with the first two seasons, the writers continue to show us different sides of the same story, challenging our judgments, and our allegiances, parallel to the characters on-screen. 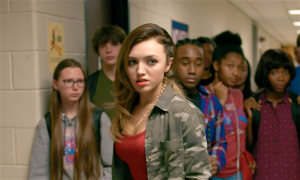 Cobra Kai maintains its now-signature humour coupled with emotional gut punches. Johnny continues to bring the laughs with his juvenile, but well intentioned teachings. Watching him rebuild his relationship with Miguel while aiding his recovery produces some golden moments. For example, there’s a scene in which Johnny, using his questionably unorthodox methods, dangles a dirty magazine from the balcony with a fishing rod, teasing Miguel to stand up from his wheelchair and grab it, only for Miguel to remind him of the abundance of lewd images readily available on the internet. The juxtaposition of old vs new never seems to tire and “William Zabka’s” Johnny deserves full credit for keeping the entertainment value sky high. 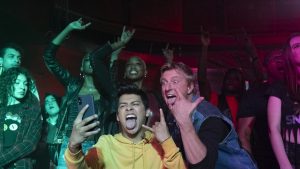 Cobra Kai, through all of its self-aware cheesiness and frivolity blended with teen drama, succeeds where other shows wouldn’t have, because of the fantastic range of actors giving it their all. It’s infectious. Just when you think a story thread or arc is potentially being exploited, purely for the sake of nostalgia, Cobra Kai ties it all together in spectacular fashion, making the references meaningful and relevant. The reemergence of old characters feels justified in how they help to carry The Karate Kid’s legacy forward. Daniel’s trip to Okinawa reunites him with past adversaries and old flames which is great to see and again, provokes that giddy nostalgia, but the revelations he unearths surrounding Mr. Miyagi and Miyagi Do rewards fans for trusting the journey. For me, this has always been the greatest strength of Cobra Kai, the ability to sensitively and respectfully honour the source material while boldly stepping into uncharted boundaries.

Cobra Kai’s third season maintains the show’s winning streak, justifying its immense popularity. Story takes centre stage here as Cobra Kai dares to delve deeper, exposing the vulnerability of its core characters whilst strengthening the arcs of the supporting cast too. The slower, more considered momentum of the season builds to a tremendous finale and a cliffhanger tease right at the end.

Self proclaimed “word octopus” and avid language enthusiast. Working as a copywriter, blogger and screenwriter.