Episode 5 of Clarice – Get Right With God gives us an hour of explosive content that kept us on the edge of our seats. We pick up right where we left off with Episode 4. In true Starling fashion, she goes rogue and it lands her in a bad spot.  It not only gets her the answers she is looking for, it also gets her drugged and chained to a hospital bed. 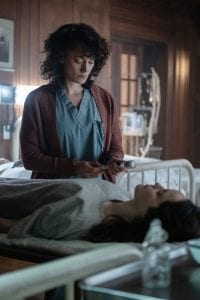 is indeed responsible for the River Murders. Felker drugs Clarice and chains her to a bed. What happens next is a trip down the rabbit hole that is Clarice’s psyche. Starling is hounded by delusions and hallucinations of her dead father, Buffalo Bill and those damn moths. Whatever drug Felker is using can’t keep our girl down though. Even with forced intubation and multiple defibrillation’s Starling’s sass comes through. During the brief periods of lucidity Clarice verbally assaults Felker and starts breaking down those barriers.

Meanwhile Starlings VICAP teammates start noticing that she isn’t around. While Krendler is off discussing his divorce plans the rest of the team is doing every thing they can to find Clarice. 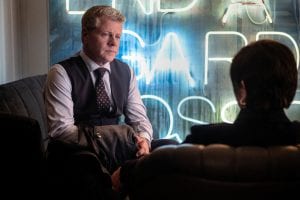 It seems that Behavioral Science is starting to rub off on these guys. They start thinking like a perpetrator. Ardelia Mapp’s “Bestie Senses” kick in and they quickly figure out where Clarice is. Krendler shows up and takes off his tie, I feel at this point we know Clarice will be saved. A tie-less Krendler is what everyone needs.

The episode wraps with Felker offing herself after going toe to toe with Mapp. Even after going through hell, the most important thing to Clarice is mending the rift with Ardelia. We want this too and true to form the writers delivered. 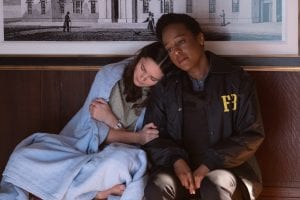 Clarice airs Thursday nights on CBS 10/9c and will return on April 1st.