If you were hoping for a little bit of a mental break with this episode then I am sure CBS sends their apologies. Clarice Episode 4: You Can’t Rule Me opens with both visual and audio callbacks to the source material (comment below if you can tell me what those callbacks are!). At that point I knew I should have taken a nap earlier in the day. This one was going to have me processing all night.

VICAP is under investigation due to the death of a key suspect while in their custody. Enter Agent Herman (played fantastically by David Hewlett) from Internal Investigations. This guy has it out for Krendler in a bad way. He opens a can of worms on the issue of workplace grievances and how to get revenge on former coworkers. He attempts to get Clarice to roll Krendler under the bus. When that doesn’t work he tries to pit Ardelia and Clarice against each other. I have to admit, this was hard to watch because I love this relationship and I hate to see tension there.

The writers did a brilliant job of bringing up the touchy subject of systemic racism in the workplace. A standout performance by Dev Tyler (Ardelia) is a must mention. 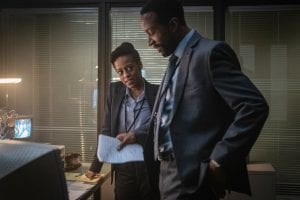 This episode also brings us the words “The Cannibal”. I won’t disclose when and how they were dropped so you should really watch to find out. Krendler and Clarice have a “moment” and we get more insight into what his issue is. Humorous highlight of the episode is Murray Clark (Nick Sandow). Let’s just say that him handling the complaint line gives us everything from stolen panties to Jimmy Hoffa. 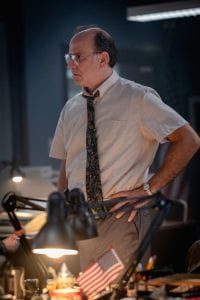 The episode wraps with a jaw dropper and Krendler’s voice in our heads saying “We LITERALLY just talked about this”. Clarice airs Thursday nights on CBS at 10/9c. Comment below on your favorite part of Episode 4!