We are 3 episodes in to the series Clarice and I am longing for the security of knowing that CBS is going to renew for a 2nd season. I am not a huge network TV person. I prefer my TV on my time- yet every Thursday night, my typical 9:30 pm bed time extends to midnight. The extra hour after the show is over allows me to process what I have just seen and lets my heart rate come to a reasonable level. I keep thinking that the writers are going to give us some sort of (for lack of better terminology) “filler” episode because they need a minute. But NO. They write and execute each episode like a child that has been given sugar at 9pm. Immediately you are drawn in and taken on a ride. Never have I had a full hour pass so quickly.

This weeks episode “Are You Alright?” is no exception to any of the rules they may have. It revisits the River Murders from episode 1 and puts us back with the main suspect, Karl Wellig (Kris Holden-Ried). You may recall Wellig promised Clarice (Rebecca Breeds) a plea for a deal. Relaying this to Krendler- Paul decides to bring Clarice in to the interrogation. Just like a criminal would- in front of Krendler- Wellig denies any wrong doing….. again….in front of Krendler. Poor Clarice will never catch a break with this guy.  What they go through afterwards trying to squeeze a confession out of this guy shows, once again, the writers ability to keep us invested. We FINALLY see VICAP work as an honest to God team. Just shy of ass slaps, high fives and “Put me in Coach’’s we see them praise each other, bounce ideas off each other and just work together. Like they should. Does it work out? You will have to watch to find out. Let’s just say this case goes way deeper than Wellig. 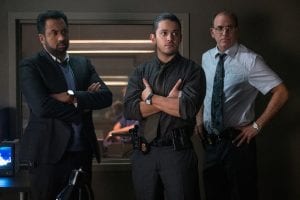 We did have some real shining moments this week. We FINALLY get a little more out of Kal Penn. Krendler (Cudlitz) shows a mild chink in his armor while speaking with AG Martin (Jayne Atkinson), Clarice tells her therapist to get lost (I LOVE that they used terms like “Triggered” and “Gaslighting” in a show based in 1993….those words are so 2020) Aredelia Mapp (Devyn Tyler) shows why she is still a bad ass and clearly Not a Sagittarius, and SHE should totally be Clarice’s therapist. The scene between Ruth and Catharine Martin (and Precious) was a heartbreaker. You can feel the angst in that scene. We know Catharine (Marnee Carpenter)  is very much NOT alright. 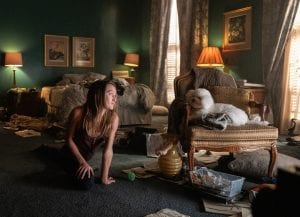 The real shiner for me this week was Tomas Esquivel (Lucca De Oliveira). I think he is a Behavioral Scientist and just doesn’t know it yet. His scenes with Wellig, complete with teary eyes, hit me right in the feels.

Be sure to tune in to CBS Thursday nights at 10/9 c to catch the show and one super fun thing to do is watch the cast live Tweet through the episodes. They are a blast to interact with. Do you have a favorite part of this episode or any of the episodes? Comment below!

Home » Television » Clarice: “Are You Alright?” … Clearly Not.