Just a week after the giving birth to her daughter Sienna, singer Ciara shared the most sweet and touching pic of her family’s hospital bracelets on her Instagram account. 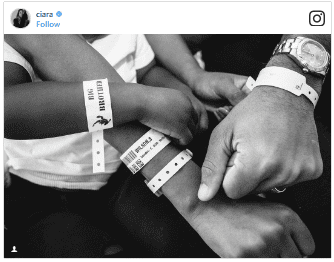 Ciara (31),  her hubby Russell Wilson and Ciara’s 2-year-old son posed with their hands together and crossed. The picture was taken using a black and white filter. Ciara’s son, Future Zahir,  showed of his bracelet which read “Big Brother” across it. 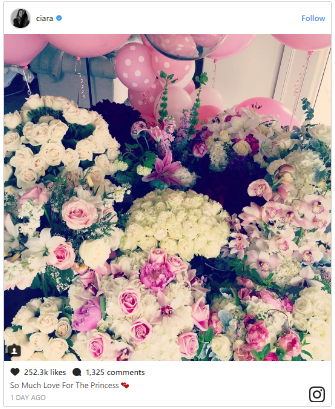 The hospital was adorned with an assortment of flowers and balloons in honor of baby Sienna.