A few of the fans’ favorite characters made a reappearance in tonight’s second episode of Chucky season two, including Fiona Dourif as Nica Pierce. However, not only did we get to see Nica again but also Chucky and Tiffany’s long-awaited children, Glen and Glenda.

Fans of the Chucky horror franchise have been waiting for these two to return since their initial and last appearance in the series, Seed of Chucky, in 2004. In the first season of the series, there was a minor reference to Chucky’s kids still being alive and running around. However, now that they are here as characters, things have come full circle for the entire franchise’s mythology.

Here’s how they came back. 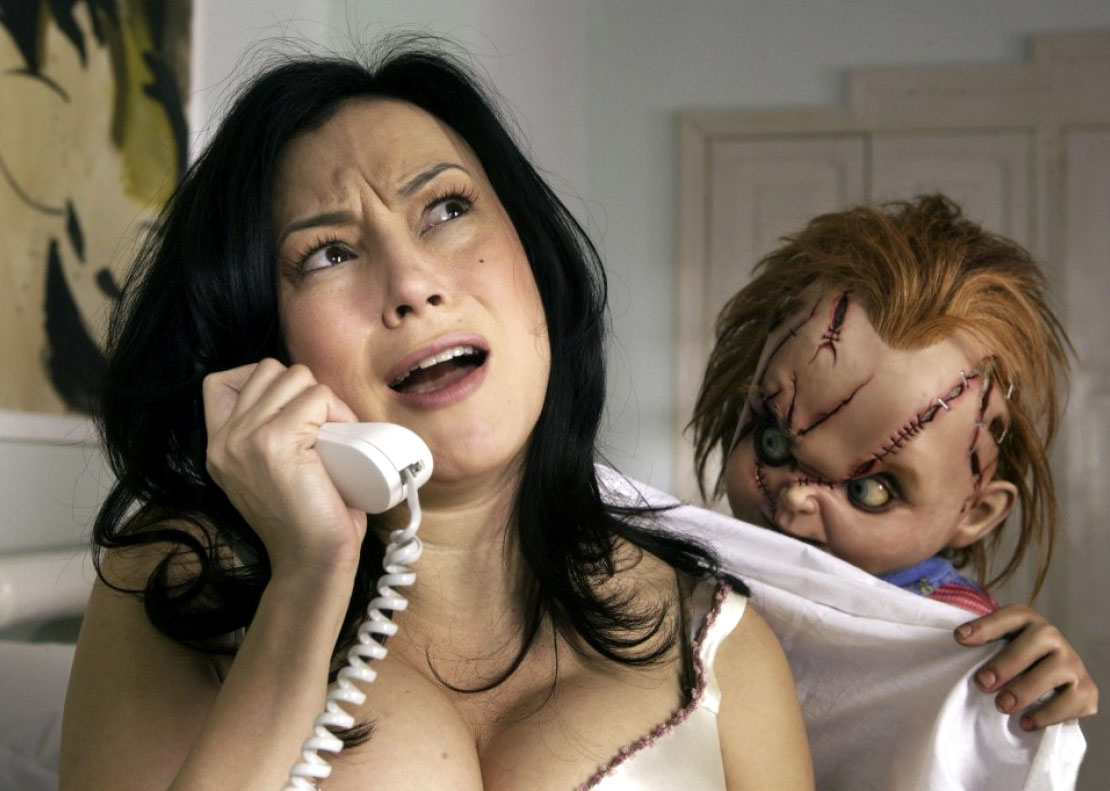 We spend most of this week’s episode catching up with Jennifer Tilly, who played Tiffany in season one. She’s been trapped in her castle, keeping Nica captive and watching…well, Jennifer Tilly movies since she was a kid.

If a cop begins to snoop around Tilly’s house for Nica, Tiffany’s plans for a reunion with Glen and Glenda would be jeopardized. Tiffany kills the police officer after he comes around one more time, and then tries to clean up the mess. However, Glen and Glenda show up together in their car. The two are only seen in one shot in this week’s episode, but they will undoubtedly play a significant role moving forward.

Who are Glen and Glenda in Chucky?

The Child’s Play reboot is a continuation of the Chucky saga, which began with Bride of Chucky in 1998. After Chucky and Tiffany are both inside dolls, they have a tender moment that leads to the conclusion of the film, in which Tiffany gives birth. The titular Seed of Chucky, their offspring, would reprise his role as Billy Boyd in the 2004 sequel. Though Glen begins the movie as a sideshow spectacle, he eventually discovers who his parents are and resurrects Tiffany and Chucky.

Glen was not only raised with a violent mindset by their parents but also felt disgusted at the notion. Glen and his twin sister Glenda shared a body, the naming convention inspired by Ed Wood’s cult classic movie. Glen is soft-spoken and gentle, while Glenda is actually murderous.

Seed of Chucky saw Jennifer Tilly (as herself) become magically pregnant with twins who were ready to be born in a very short timeframe through unknown voodoo sorcery.
In the 2004 movie, Glen and Glenda are both turned into human children. They live relatively normal lives considering their former doll state. 18 years later, their story continues in tonight’s episode of the Chucky TV show.

In Chucky, who plays Glen and Glenda?

Billy Boyd originally voiced Glen and Glenda in the movie Seed of Chucky. However, since the characters have changed so much, a new voice actor was needed. Lachlan Watson, who is nonbinary and stars in Chilling Adventures of Sabrina, will play both parts from now on. It’s not yet clear how many episodes they’ll be in or if they’ll continue to appear beyond season two, but it’s good to have them back nonetheless.

Don Mancini revealed to ComicBook.com that the series’s first movie, Seed of Chucky, didn’t have great success when it was released in 2004. “So I was banned from alluding to the characters for a while in the franchise, when we did Curse of Chucky and Cult of Chucky, even though I wanted to. I’m not trying to make them the bad guys They were great collaborators during the filmmaking process. I believe that their thinking was, “Okay, people didn’t appreciate Seed of Chucky, so we want to stay away from anything related to it.” That’s not how I felt “Initially Seed of Chucky, when it came out in 2004, didn’t do well.”