He’ll be your best Buddi. He’s your friend til the end. He’s technologically advanced and will terrorize your household. Chucky is back in a new re-imagining of the film Child’s Play and on Thursday, Orion Pictures released a brand new trailer showing off the doll’s sinister tech savviness.

Chucky is an upgraded version of the possessed child’s toy from the original franchise. He’s app-based and able to connect straight to items within the family’s smart home. It’s a perfect recipe for disaster when Chucky takes over his own app and begins terrorizing Andy and everyone else around him.

Check out the creepy new trailer for Child’s Play below, which also features the first time we hear Star Wars legend Mark Hamill as the killer doll.

In addition to Hamill, the cast includes Aubrey Plaza (Legion, Parks and Recreation), Brian Tyree Henry (Atlanta, If Beale Street Could Talk), and Gabriel Bateman (Lights Out, American Gothic). Much like the original franchise, the reimagined Child’s Play will follow Karen (Plaza), a mother who gives her son Andy (Bateman) a toy doll for his birthday, unaware of its more sinister nature.

You can check out the film’s first trailer HERE. The new Child’s Play film will be coming to theaters on June 21, 2019.

What do you think about this new look at the upcoming remake of Child’s Play? Are you excited to see a new take on this classic horror film? Let us know your thoughts in the comment section below. 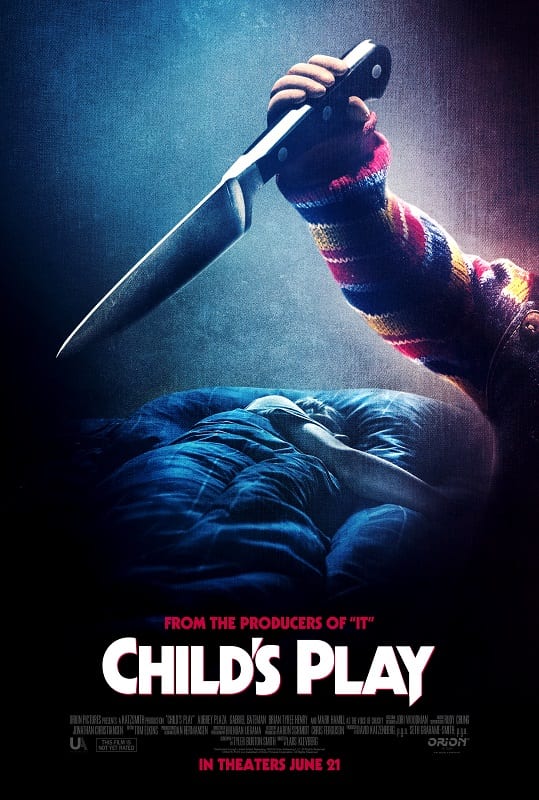