Do you remember the Spider-Man animated series from the ’90s? If you’re a Spider-Man fan who was alive during that time I bet you do. In fact, there’s almost no way you don’t. I say this as an absolute fact but that show is the definitive Spider-Man animated series. Period. I’m right, and if you disagree you can leave right now. Okay, maybe I’m being a little excessive, but the series is that good. People regularly bring up wanting some kind of revival, and Disney just seems like they’re not interested at all. That makes me incredibly sad, but the next best thing might be happening. Christopher Daniel Barnes, the voice actor of Peter Parker/Spider-Man from that same animated series, is in talks to return as his iconic character! Barnes would appear in the Into The Spider-verse sequel as Peter Parker/Spider-Man. I don’t know about you guys but I’m all for it. 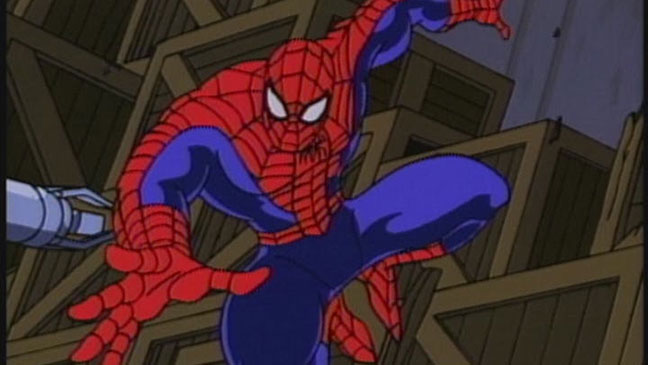 The illuminerdi‘s Nick Santos said “I can exclusively share that Christopher Daniel Barnes is in final talks to return to the role of Peter Parker/Spider-Man in Into The Spider-Verse 2. As most of you may know, Christopher played the character in the 90’s animated cartoon.” He went on to discuss how he may be appearing in the film, so if you want to keep that a surprise stop reading now!

“I can share that Christopher Daniel Barnes’s Peter is not a part of the script in a major capacity. He will make a few appearances and show up in the finale. It’s not a major appearance, but something like 5-10 minutes. However, he will appear in a style that incorporates his look from the cartoon. It’ll be cleaned up and a mashup of the 90’s cartoon style with the distinct visual tone of Into The Spider-Verse.” is how Barnes could be showing up!

Home » Movies » Christopher Daniel Barnes Apparently In Talks To Return As 90’s Animated Spider-man In Into The Spider-Verse 2!