Britney Spears usually deletes her controversial posts, like the recent ones with audio clips of her commenting on the controversies with her sons. Spears posted a new image, claiming the only way to look thin is to hang out with fat people. Despite this,the post remains upon her Instagram page. After it was published, Christina Aguilera stopped following Spears on Instagram.  Here’s the post:

One fan criticized, “This is so wrong, there is so much more to life than looking thin,” while another followed up with, “Oof. Love Britt- but this was in bad taste. Body shaming to make yourself feel better is not where it’s at,” Yet another agreed, writing simply, “Body shaming others is not the move,” and yet another follower chimed in with agreement that the posts were inappropriate: “Girl this post is not it.”

On Tuesday afternoon, after receiving multiple negative comments, Spears finally responded. “I flew to see her show once and the main thing I noticed was the difference of our people on stage!!! By no means did I even mention Christina, look at my post!!! I was inspired by her show and she is a beautiful woman of power.” wrote Spears. “By no means was I being critical of Christina’s beautiful body, it is what it is!!!”

Spears explained that she was trying not to body shame anybody because she knows how it feels. She continued by saying that her initial post was a result of the insecurities she felt because of how her parents and the media treated her. 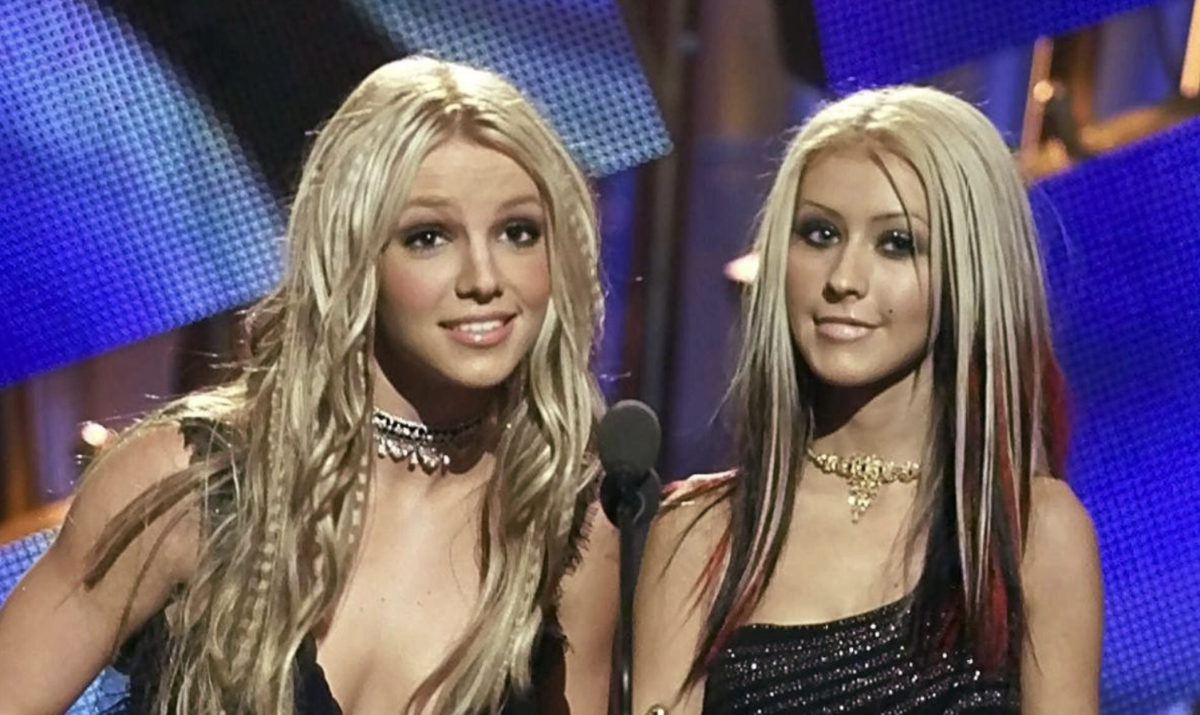 Spears concluded by saying, “I feel like my family knew I was insecure and people were trying to purposefully feed into this insecurity by not letting me have a choice in the people who were on stage with me. I appreciate you all being understanding with me as I figure out this new life I’m living!!!”

Christina Aguilera has not publicly commented on the situation. However, she recently published an Instagram post announcing her performance at the Billboard Latin Music Awards on Sept. 29th on Telemundo. Aguilera will also be receiving the Billboard Spirit of Hope Award during this ceremony.

Both Spears and Aguilera were on The All-New Mickey Mouse Club in the early 1990s. In November 2021, Spears attacked Aguilera for not making a statement about her conservatorship battle. During the Latin Grammy Awards that same month, Aguilera was questioned regarding Spears’ conservatorship going away, but her representative ended the press conference. “happy” she said simply.

“I love and adore everyone who supported me… but refusing to speak when you know the truth, is equivalent to a lie!!!” Spears added in an Instagram Story post at the time. “13 years being in a corrupt abusive system yet why is such a hard topic for people to talk about??? I’m the one who went through it!!! All the supporters who spoke up and supported me thank you… Yes, I do matter!”