Who wouldn’t want to get Chris Pratt in on their marketing campaign? Since Fortnite has just celebrated their 8.3 million concurrent users milestone, we aren’t sure there’s overall a better choice here. 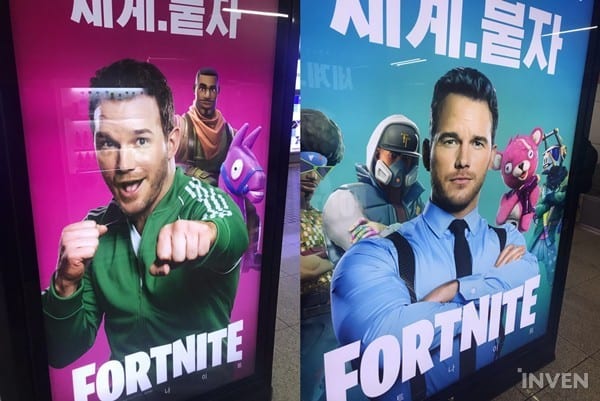 Guardians of The Galaxy and Jurassic Park star Chris Pratt has been enlisted by the team over at Epic games and Fortnite to asisst them in promoting the free-to-play battle royale mode.

He’s been a voiceover actor on several video games,  but he also has a different connection to the game, and that is Thanos. He has appeared on the game in the past, and is said to pop up again soon. That could be another reason Epic went for a Marvel star.

When Thanos does return, he could also bring about new playground features with the slew of recent changes there from the production team. They include shooting ranges, mini-games, and more. We can imagine Thanos showing up there so that players can yet again use the power of Inifnity Stones to become stronger.

Fortnite is available now on XBox One, Playstation, PC Nintento Switch and more.

Do you think Thanos will return, or if we will see one of the Guardians come into the play this time?