Chris Pratt had the last laugh after some “woke” people who review movies said his new Amazon Prime show, The Terminal List, was bad.

The show is about a Navy SEAL commander named James Reece who wants to find out who killed his platoon and take revenge.

Although the critics did not like the production, many fans came to Pratt’s rescue. The audience score on the review site was 94% “fresh.”

In a brazen move, the “Wanted” star took to his Instagram story, sharing a report that suggested the actor defied “woke critics.” 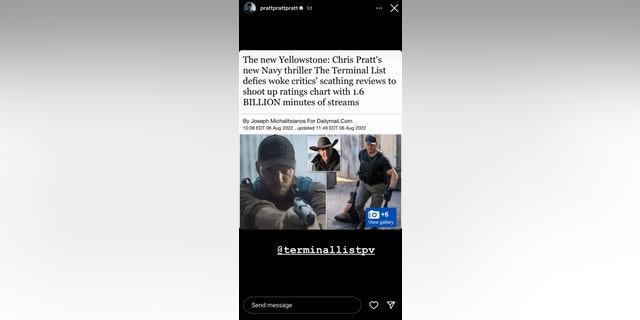 In a follow-up post, Pratt referenced the enormous amount of people who had streamed his show on Prime Video that had clearly disregarded any negative commentary.

More than 1.6 billion minutes were streaming Pratt’s new show, according to Nielsen reports. 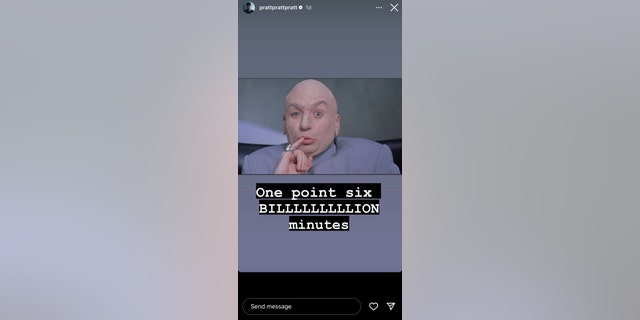 Chris Pratt shared a picture of Dr. Evil from the “Austin Powers” franchise on Instagram, captioning it “One point six BILLLLLLLLLION minutes,” referencing how long people had viewed his show on Amazon. 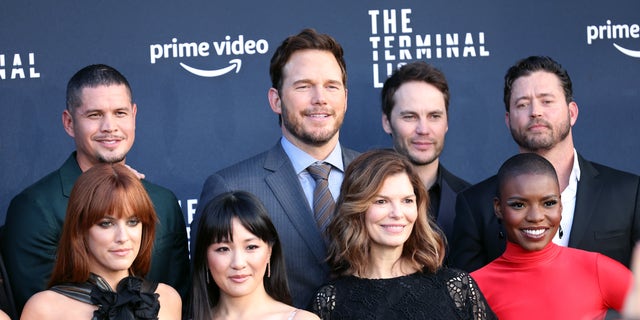 Some members of the cast of “The Terminal List” were seen on the red carpet in June. The show also features Taylor Kitsch, Constance Wu, and Pratt’s brother-in-law, Patrick Schwarzenegger.

The reviews left on Amazon are mostly positive.

Pratt has been criticized in the past for attending a church that some people say is against LGBTQ people.

Chris Pratt has been subject to scrutiny in the past. (Universal)

Pratt was also criticized by people who thought he had taken a public jab at his ex-wife Anna Faris with a comment to his second wife.

Some people thought that Pratt was being mean when he said that Katherine Schwarzenegger gave him a “healthy daughter.” They thought this because she had delivered their son early.

Pratt was heartbroken by the assertion and later said in an interview with Men’s Health of the backlash, “It really f***ing bothered me, dude. I cried about it.”

Home » Movies » Chris Pratt Fires Back at ‘Woke Critics’ of His New Show ‘The Terminal List,’ in Instagram Trolling Images