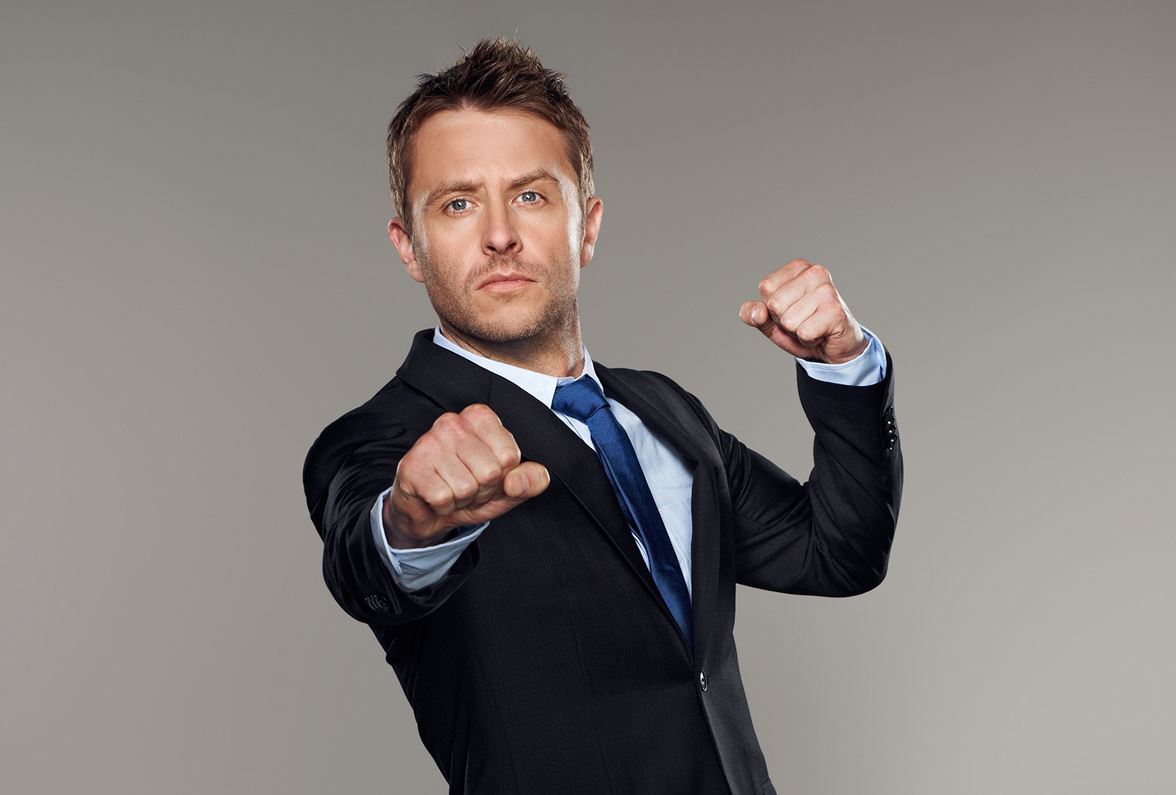 Can you imagine anyone other than Chris Hardwick giving us our much needed weekly therapy session right after The Walking Dead? No? Neither can we.

Recently, the host/comedian published an essay about his love for the series as well as the events that led him to host the popular aftershow, Talking Dead:

“The first time I saw The Walking Dead was at San Diego Comic-Con, 2010. I was there with a few friends, and we wandered by the AMC booth on the convention floor, where they were playing the trailer for this wild new adaptation of the comic. The trailer played, and all of us reflexively uttered strings of excited expletives – which I’m not allowed to write here because people are sensitive about swearing but fine watching a show where people’s brains get stabbed out of their heads.

We watched the trailer play five more times. When I got back to L.A., I was able to obtain the press screener, which was only the first two episodes. I was hooked. Immediately. ‘Cuz if there really was a zombie apocalypse,’ I’d prattle on to whoever wouldn’t walk away from me, ‘that’s what it would actually be like.’ Having to wait for the remaining episodes to air was like being in a middle seat and having to pee – I needed relief. When I finally got it, TWD became my new favorite show.

Early the next year I caught wind that AMC might experiment with an aftershow that would wrap up all the action. It was a naive time before rhymes were fully understood, so it was referred to simply as The Walking Dead Aftershow. At the same time, I was pursuing the job, I got a call from one of the executives at AMC who just happened to have been my first television boss when I worked at MTV back in the 1900s. It’s a good lesson, kids! Never give up and you too can have the kind of career that keeps coming back from the dead.

And thus began one of the most significant journeys of my life. In the last five years I’ve gotten to be the weird Cousin Oliver peering in through the window of The Walking Dead – the overexcited towheaded boy who is sort of involved with the show and stands proudly near it. The show is beautifully shot and directed, with stunning special effects (no one else was skilled enough to do good zombies on high-def TV before Greg Nicotero), masterfully written and brilliantly acted (Emmys: Nominate these people), and yet those things only account for a hit show. What makes it a monster-hit-global-phenomenon-pop-culture-defining-monolith is one simple word – community. It’s an “Inception” of community layers: The Walking Dead is a show about a tight community made by a tight community for a tight community. It makes us face the most basic questions about who we’d become in an extreme world and who would be there with us.”

We couldn’t have said it better, Chris! Also, even though we’re not celebrities, we’d love for you to invite us to sit on the couch and chat about TWD anytime!