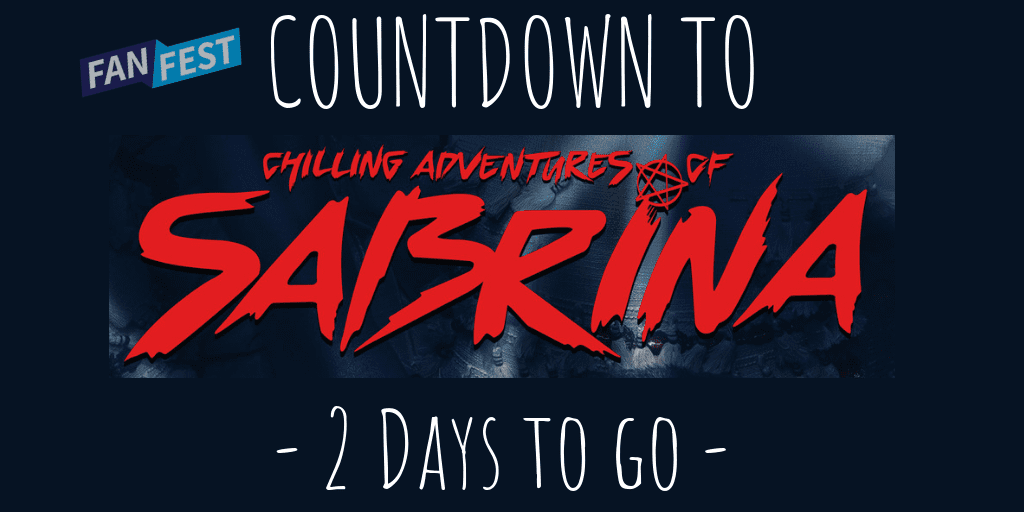 Greetings, Coven! It’s almost the bewitching hour as Chilling Adventures of Sabrina drops on Netflix this Friday. So, to get us all into the sinister spirit we are going to be counting down the next week with a daily dose of Sabrina content. Today, we’re taking you into season 1’s newly released opening credit sequence!

the beginning of something wicked. pic.twitter.com/PkaJCdisFm

Chilling Adventures of Sabrina is based on the Archie Comic of the same name, and Netflix is tipping its hat to the source for the animated-inspired theme! Let’s take a peek.

The music is perfectly spooky – the kind of tune you’d hear while waiting in line for a haunted house or something. It plays as the characters are introduced in comic form with some extra creepy treats thrown while the creative team is shown.

Choosing to go this route with the opening sequence is a really nice nod to the original comics created by showrunner Roberto Aguirre-Sacasa and Robert Hack. Plus, it really gets you into the mindset of seeing these characters come to life right before your eyes.

You can watch the whole thing below!

the beginning of something wicked. pic.twitter.com/PkaJCdisFm

What do you think about the opening credits?