You may not know this, but last month saw the anniversary of a film that continues to stay in my mind 10 years after its release:Click. The movie, starring Adam Sandler was promoted as a light, fun-filled comedy romp where Sandler is bestowed a Universal Remotes that is truly universal: He can mute, fast-forward, rewind, and even color correct his life. The trailer shows off these hilarious moments as if this is a clear representation of the movie (Check it out Here).

However, what it doesn’t show you(and SPOILER ALERT for those who have not seen the movie yet or the actor’s subsequent roles), is that most of this happens in the first 20 minutes of the movie, before it gradually starts a hard right turn into a movie that emotionally terrorizes you every step of the way.  You see, the remote self-learns by Michael(Sandler)’s usage, and as he continually focuses on trying to get promoted Partner by his boss Ammer,  he skips everything that seems to  cause even the slightest distraction. Sicknesses,Argument, Showers and other distractions become a thing of the past as Michael gleefully skips past them in the beginning.  Later, under promises by Ammer of an upcoming promotion and not wanting to watch his family struggle, he decides to skip ahead to his promotion. Unfortunately that promotion doesn’t come for a full year. He comes to find his home in a very different place than he last remembered it. His marriage is falling apart, and his children are no longer the same either. Instead of laughing at Dragon Tales, they are now chatting about the gory crime scenes of CSI.  It doesn’t end there though, things continue to become more bleak, as events cause the remote to continually fast forward, and before we know it, Michael is near the end of his life, having missed his children growing up and seeing his marriage fall apart. I tried to not spoil everything to those who haven’t seen it, but upon my first viewing opening weekend in 2006, there were very few dry eyes in the house.

Throughout the movie, as his life fast forwards, he sees his children at different stages of their lives. In this article today, I’m going to take a look at Michael’s children in the different ages and what they are doing now(plus  as a bonus,looking at his neighbor’s child as well!)

Joseph made his feature film debut as the youngest version of Ben Newman.  Joseph showed  tremendous talent as young Ben, and took no time in continuing his acting career on the big screen. Having already been in hit shows like NCIS and Without A Trace before Click, he continued his career on the small screen with roles in multiple television shows. In 2008, he fell in love with music and decided to focus on singing as his career choice.  Now going by his stage name “Sir Castanon”, he released his most recent single “Lost Boy” in 2015. 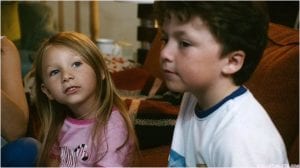 Tatum’s first major film role was as Samantha in Click. Like Joseph, She had an impressive resume in television before Click, appearing on show’s like My Name is Earl and NYPD Blue. Following her adorable performance in Click, she continued to make appearances in film and television, showing up in shows like ER and the Ghost Whisperer and playing the role of Young Alba in the hit film The Time Traveler’s Wife, a film based on the book of the same name. In recent years, Tatum has taken time off from acting to start college, and pursue her other interests. Only time will tell if she will return to acting.

Following yet another fast forward to a CEO promotion, Michael returns home to find his children aren’t in fact children anymore. He first meets his son, who he doesn’t even recognize.  His son, in the years between the fast forward, took on Michael’s unhealthy eating habits and has now also become obese. Teenage Ben was played by Jonah Hill in a very small role in the film. As hard as it may be to believe now, in 2006 Jonah Hill wasn’t a well known actor. Before Click, he only had a few roles under his belt, most notably his small roles as the eBay customer in Judd Apatow’s hit film The 40-Year Old Virgin and Barry in the stoner comedy Grandma’s Boy. Since Click however, Jonah’s career has exploded: He’s starred in fan favorite films like Superbad and 21 Jump Street, and was even nominated for Academy Awards for his roles in the films Moneyball and The Wolf of Wall Street.  I’ll definitely say that’s a huge difference from wearing a fake nose for a small role in a Adam Sandler film. 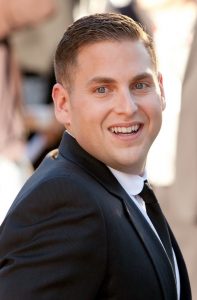 Much like with the character of Ben, Michael comes home to find his daughter Samantha has grown up quite a bit as well.  No longer a child, but a teenager getting ready to go out on a date! Not liking what she is wearing, Michael tells her to go back upstairs and change into something less revealing.   To those wondering about the last name, this is indeed the daughter of famed actor Jack Nicholson. Other than roles in Something’s Gotta Give and Princess Diaries 2, Lorraine was a relative newcomer to film in Click. Since then, she’s had a successful acting career that continues to this day, with her most notable role so far coming by way of the film Soul Surfer, playing Pro Surfer Alana Blanchard. 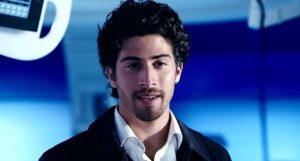 After going into a coma following head trauma(the remote skipped all his “illness”), Michael awakes 6 more years into the future to find his children have now grown into adults. His son Ben, has lost all of his weight and is now a partner with Michael in his company.  Ben is engaged now, and Michael can’t help but notice that Ben is displaying the work traits he himself had been doing in his previous years: choosing work before family.  The actor who portrayed adult Ben, also had famous parents, as his father is none other than Rain Man himself, Dustin Hoffman. Ironically enough, Rain Man was Jake’s first film, and between that and Click he built up a decent resume including appearances in films like Hook and shows like Arrested Development. Since the Release of Click, Jake continues to act to this day, making notable appearances in shows like Californication and the Academy Award winning film The Wolf of Wall Street (Starring fellow Click Alumni Jonah Hill) 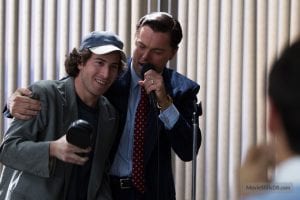 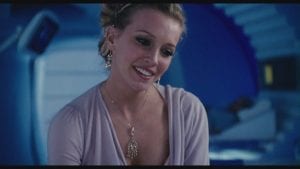 In the film, once Michael meets his adult children, not much is revealed about his daughter Samantha, other than that she considers Stepfather Bill(Sean Astin) close enough to call Dad(an event which causes Michael to have a heart attack).  She has grown up to be a beautiful woman, and playfully teases her dad upon awaking from his heart attack, that he told her he was going to “live to 200”.
Katie had already begun to make a name for herself before Click, as she had a recurring role in 7th Heaven, and a supporting role in the horror remake When a Stranger Calls. Since Click, her star has continued to rise.From starring in countless horror remakes like Black Christmas and A Nightmare on Elm Street, to her biggest role to date, as the recently deceased Laurel Lance aka Black Canary on Arrow. Also, Katie can be seen as a part of our Heroes and Villans Fan Fest convention, where she will be appearing at upcoming events in San Jose and Atlanta, so make sure you tell her hey and that she better live to 200!….Or Canary Scream..or both! 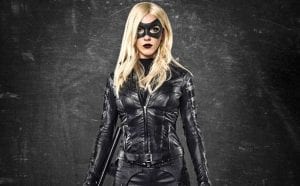 Well, much like the film itself, I will end this article when the Newman children were indeed, children.  Now that we’ve covered the various actors/actresses who portray them, I will cover the whereabouts of the other child actor in the movie with a supporting role,  their pompous and pesky neighbor, Kevin O’Doyle. 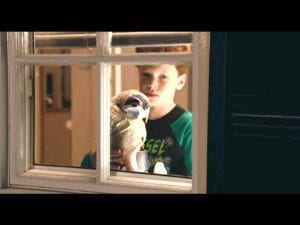 As a sort of bully to the Newman Children, Kevin gets the short end of the stick quite a few times to hilarious effect.  Constantly trying to brag about his rich parents and all the stuff he has, you can’t help but laugh every time something blows up in his face(or hits him in the face, thanks to the remote and a baseball).  While it was a smaller part, Cameron absolutely knocked the role out of the park. While Click was his first major film, he had already played the role of Chad for 6 episodes of the show Malcolm in the Middle. After Click, he has been a very busy actor,  churning out multiple films/shows in almost every year since. He has also done a fantastic job playing two very different, but fan favorite Characters:

In Season’s 1 and 2 of Gotham, Cameron played the role of Jerome. Being that Gotham is a prequel story, by his mannerisms and style fans were speculating that he was playing the Joker. Following his shocking Death early on in Season 2, fans were clamoring for more of this character that they believed was gone too soon.  But fear not, as in the Season 2 Finale, it was revealed that Jerome is once again alive and well and ready to exact revenge on Gordon and the citizens of Gotham. Let the Joker talk begin again!

Lastly, Cameron has been a part of everyone’s favorite dysfunctional family, the Gallaghers as he’s played Ian Gallagher in 7 Seasons of the hit Showtime show, Shameless.  In a show that doesn’t pull punches, Cameron’s Ian character is a brilliant take on the coming of age tale of a homosexual teenager and his struggles to tell his family, but also the struggle of every kid out there trying to figure out what to do with his life in school/work while trying to find a job that he likes. Fans are dying to see what is going to happen next when Season 7 of Shameless returns this October.

With that we wrap up this trip down memory lane to over a decade ago, to see how our favorite Click actors from 2006 are doing in 2016.  What did you think of Click? Any favorite moments/memories from the film? Did you forget that some of these actors were even in the film? Discuss below and let us know what you think!

Home » Fandom » Children of “Click” 10 Years Later-Where are they?