If you were scrolling through social media on July 20th, you undoubtedly saw the hashtag #RIPChesterBennington and if you’re anything like us, you immediately stopped to catch your breath. Chester Bennington, the lead singer of Linkin Park, was someone who saw a lot of people through their darkest times, and his death was shocking.

What was more shocking was when news broke of the way he died ‘apparent suicide’ they said. Fans were distraught and the question ‘how’ was being asked all over the world even though many of them knew the answer.

Fame doesn’t make you immune to mental illness, addiction, and abuse. Being in the spotlight doesn’t mean that you’re always shining. Sometimes, the people who provide the most light are the ones who know what it’s like to live without it.

Chester dealt with depression for many many years, he also suffered abuse at the hands of an older man when he was young. The abuse lasted for years and he tried to find ways to escape the hurt. He was open about his addiction and his depression, and how he found hope.

One of those ways was with Linkin Park’s album One More Light in addition to therapy. He said writing the album helped him to realize that life isn’t perfect. He was doing better, he was getting better and with a disease that makes a home in the darkest parts of your mind even when you’re trying so hard to silence it, that was a huge step.

Speculation begins there, the album was one that fans didn’t react to as positively as their other records. Could the negativity have contributed to Chester’s depression? He said in an interview that he did his best when he was ‘being someone’ – a father, a band mate, a dad, and when he passed away, he was alone, could that have been a factor?

The truth is, none of us know, and we won’t. With depression and substance abuse, with addiction and with that much pain – there’s never just one answer anyway. There’s never a way to make sense of a beautiful life lost and there’s never a remedy for the hole that’s left in the hearts of those who loved someone who ended their lives.

Chester was close with Chris Cornell, who took his life earlier this year in a very similar way to how Chester ended his. After Chris’ death, Chester penned that he was weeping, and he sang a beautiful rendition of ‘Hallelujah’ at his funeral, also dedicating a song to Chris at one of Linkin Park’s last concert dates.

Fans around the world began pouring out sentiments of sympathy, of confusion, of shock, and of pain of their own. Many of these notes came from people who looked to Linkin Park in their darkest hours, for their music and for their honesty. They came from fans who have suffered the same mental illness as Chester, who have been abused and in pain and hurt the same way that he did.

The usual reactions to those messages came too, ones judging people who ‘didn’t know’ Chester, who ‘never met him’, and those ‘just being dramatic’. The irony of shaming someone for baring parts of their heart when they’re in pain isn’t lost here.

Chester appreciated his fans and the message in Linkin Park’s music touched so many people on a level deeper than just enjoying a tune on the radio. So maybe you didn’t meet him, maybe you never had a cup of coffee or shared a drink with him, but that doesn’t mean that you didn’t know him. That doesn’t mean that he wasn’t a big part of your story.

If you felt pain when Chester died, it’s only because you allowed someone in to make an impact on your life and your story…that’s brave and that impacts both of you. You, for being touched, and him, for having someone to listen.

Many of us here were in shock when we first read the news, immediately recalling times in our own lives where we turned to Linkin Park just to know that someone else understood. We hurt because Chester hurt and we couldn’t help him the way that he helped us.

Suicide isn’t easy on the living, and it’s not just an easy way out for those who take their lives; it’s a tragedy and it leaves pain in its senseless wake.

For those reasons and then some, Linkin Park put up a page for Chester and there, you can find messages from those who loved Chester as well as a list of resources for anyone who may be struggling themselves.

‘In case you or someone you know needs support, here are some resources:
Suicide Prevention Lifeline 1-800-273-TALK
Crisis Text Line, the free, nationwide, 24/7 text message service for people in crisis, is here to support. For support in the United States, text HELLO to 741741 or message at facebook.com/CrisisTextLine.
For support outside the US, find resources at https://www.suicide.org/international-suicide-hotlines.html‘

If you were touched by Chester’s death, it’s okay. The world definitely lost a light when we lost him and a generation lost a voice and a presence that helped so many of us in our weakest moments. 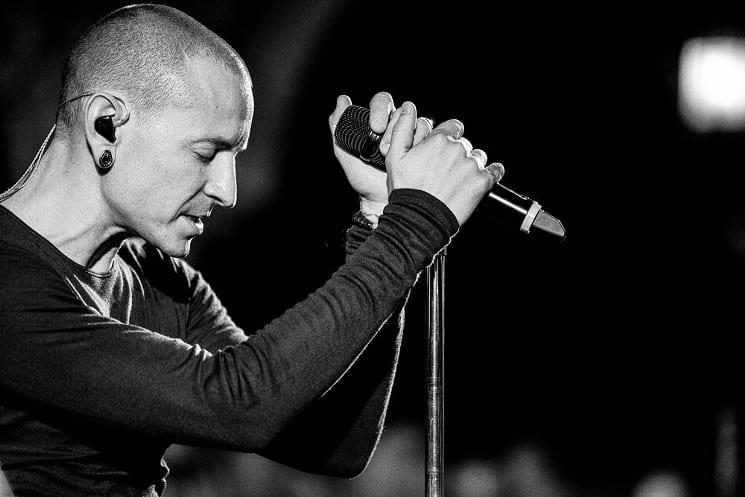