The 2017 iHeartCountry Festival took place on May 6th in Austin, Texas and the line-up for the event was incredible. From names like Darius Rucker to Kelsea Ballerini and even Dierks Bentley; some of the hottest names in country music got together for the event.

Before the acts took the stage, they got together for a group photo that houses some of the most talented names in the music business entirely, not just on country radio. There are powerhouse voices, incredible lyricists, and talented musicians all piled into one photo. If we had to guess, that photo is probably going on the mantels of everyone who took the stage that day. 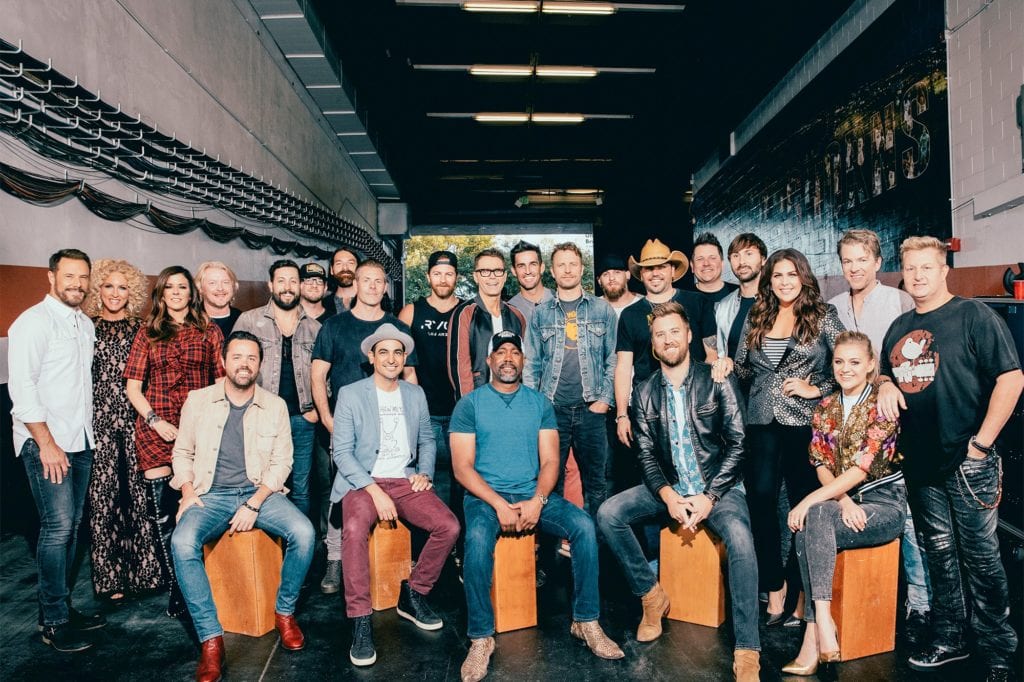 If seeing a photo with those powerhouses in it is cool, just imagine having been at the festival this weekend. Performers go all out during their sets during iHeart festivals and iHeartCountry is no different.

In addition to their own sets, a few special moments took place at the iHeartCountry festival. Dierks Bentley and Kelsea Ballerini joined forces on stage for a performance of the song ‘Different for Girls’ that Dierks sings with Elle King. In addition, Bobby Bones and The Raging Idiots brought Chris Janson on stage to perform their rendition of ‘Buy Me A Boat’.

Another special moment happened when Lady Antebellum sang ‘Heart Break’ from their upcoming album, titled the same, to fans in attendance. This was important as the album is their first together since they took a hiatus to work on personal projects.

If you missed the festival, you can look at the #iHeartCountry hashtag on social media for some highlights.