Escape rooms aren’t just an exciting way to spend an afternoon, they’re a magnificent – and sometimes terrifying – way to test your strength as a team. Will you try to make it out all on your own or will you invite friends along to see if you’re truly fit to work together?

If the idea of a basic escape room wasn’t cool enough, the themed rooms that have been taking over lately are the sort of experiences that pop culture fans can’t miss. From Jigsaw inspired rooms to rooms based on the classic game, Clue – you can check out escape rooms often and never experience the same thing.

We have a feeling that with Manchester’s newest escape room, groups of friends will pile into the experience to work…or cast spells…together to find their way out. Of course, it’ll all be done in sorcerer’s robes. That’s right, an escape room for Harry Potter fans opened last week and people are already raving about it.

Adam Conroy, the director or Lucardo, said: ‘This escape room is nothing short of magical. Myself and the creative teams have worked hard to make this a truly immersive experience, and we want people to believe in this magical world of witches and wizards as they cast their spells.’ 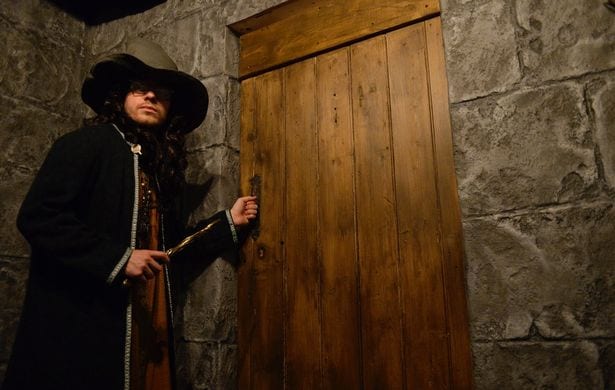 If you’re near Manchester, you’ll want to book your experience as soon as possible, as the escape room is already booked through much of January. We can’t say we expected any less.