There are a couple of things that tend to make fans of The Walking Dead suspicious – when actors book a new movie or TV show or are suddenly sporting a new look than what they’ve been rocking on the show. Well, Chandler Riggs just checked off both boxes with his latest tweet.

Riggs shared a photo of him and his new haircut on Twitter yesterday afternoon, and while you may be thinking the worst, his new ‘do actually has a funny twist.

gonna be stuffing it into a hat until i wrap on the movie lmao pic.twitter.com/yfXJFh0pNQ

The caption read: “Ok so as a forewarning, I’m doing this movie and they had to cut my hair a little,” Riggs wrote. “Into a mullet. Gonna be stuffing it into a hat until I wrap on the movie.”

Remind you of anyone? 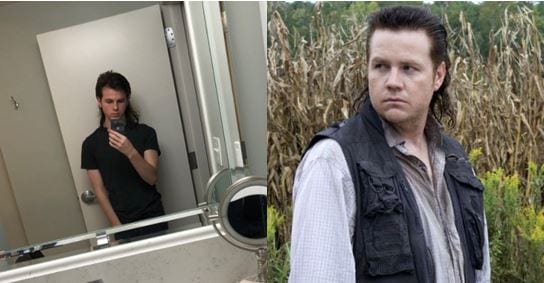 Jeffrey Dean Morgan who plays Negan on the show chimed in on the tweet to offer his congrats on the new role. No word yet from Josh McDermitt, but we can only hope that something witty is coming.

Of course, a new movie or not, Rigg’s new haircut doesn’t exactly appease the minds of fans who have already been worrying about Carl’s fate since Riggs announced that he had plans to attend college. Although, the same thing happened a couple of seasons ago when Lauren Cohan cut her hair, but that ended up being just a move to make her resemble her comic book counterpart more.

…why am I suddenly afraid that Carl got killed off TWD…

He’d definitely fit in there. 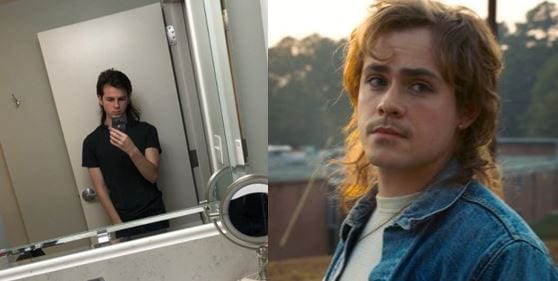 What do you think of Riggs’ new hairstyle?