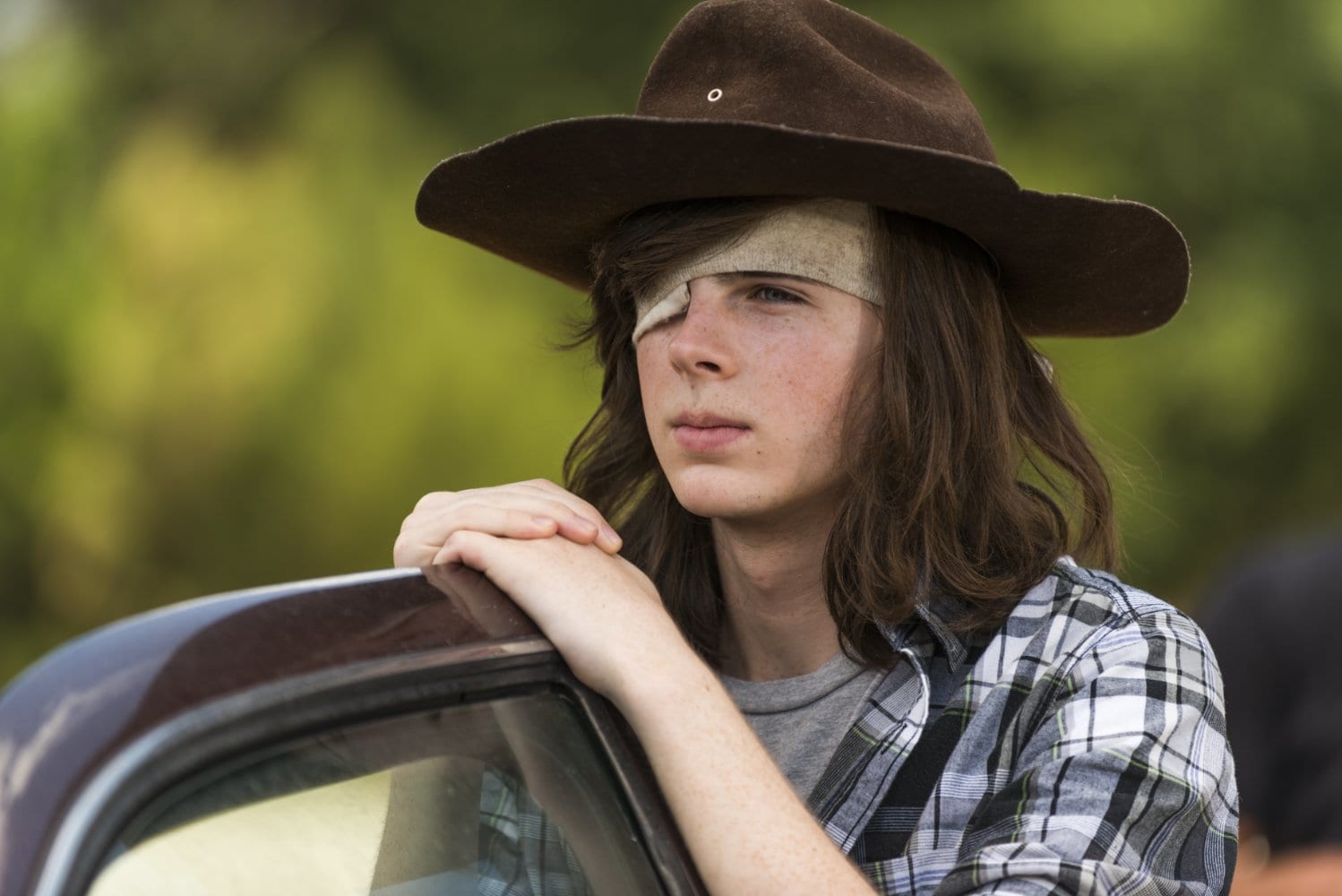 For a while, rumors have been flying that Chandler Riggs‘ time on The Walking Dead may be up not only because his dad posted an update on social media thanking the cast and crew of The Walking Dead for the past seven years, but also due to him being accepted into college. Although Chandler’s mom reassured fans that he wasn’t going anywhere, Chandler finally spoke out about how college will affect his commitment on the show:

“You never know how it will go. I really do hope it works out because that would be really cool. I like to be in The Walking Dead and I like to play video games and just hang out with my friends and try to be as normal as possible so going to college would be another really cool, normal experience in my life. I want for it to work out,” Chandler told The Hollywood Reporter.

“Theoretically, I could take one or two classes on campus and maybe an online class. My professors would have to be willing to cooperate. It wouldn’t be easy but I think that could be possible.”

He also commented on whether or not his contract had been renewed for the eighth season, saying, “I can’t answer that.”

We hope that doesn’t mean Chandler will depart from the show, however, if it comes to that, we wish him the best in his future endeavors.