Over the weekend, Chadwick Boseman received another posthumous accolade. On Saturday night, he won an Emmy for voicing T’Challa in Marvel’s Disney+ What If…? series at the Creative Arts Emmys ceremony. This was his final work in the Marvel Cinematic Universe before his death in August 2020, when he was 43 years old.

Out of all the talented people in the industry, Boseman won in the Outstanding Character Voice-Over Performance category. His competitors were F. Murray Abraham (Moon Knight), Julie Andrews (Bridgerton), Maya Rudolph (Big Mouth), Stanley Tucci (Central Park), and Jeffrey Wright (What If…?). Jessica Walter, who died earlier this year, was also nominated in the same category for Archer.

What If…? is the first series from Marvel Studios that would be considered part of the MCU.  Every episode is set in different worlds and based off the Marvel Comics series of the same name. Boseman was featured in the “What If… T’Challa Became a Star-Lord? “What If  T’Challa Became a Star-Lord?” episode, T’Challa becomes Star-Lord over Peter Quill (portrayed by Chris Pratt in Guardians of the Galaxy) In addition, Boseman appeared in two Marvel Cinematic Universe films: Captain America: Civil War and Black Panther, as well as the previous two Avengers installments. In addition, he played the same character in several additional What If…? installments. 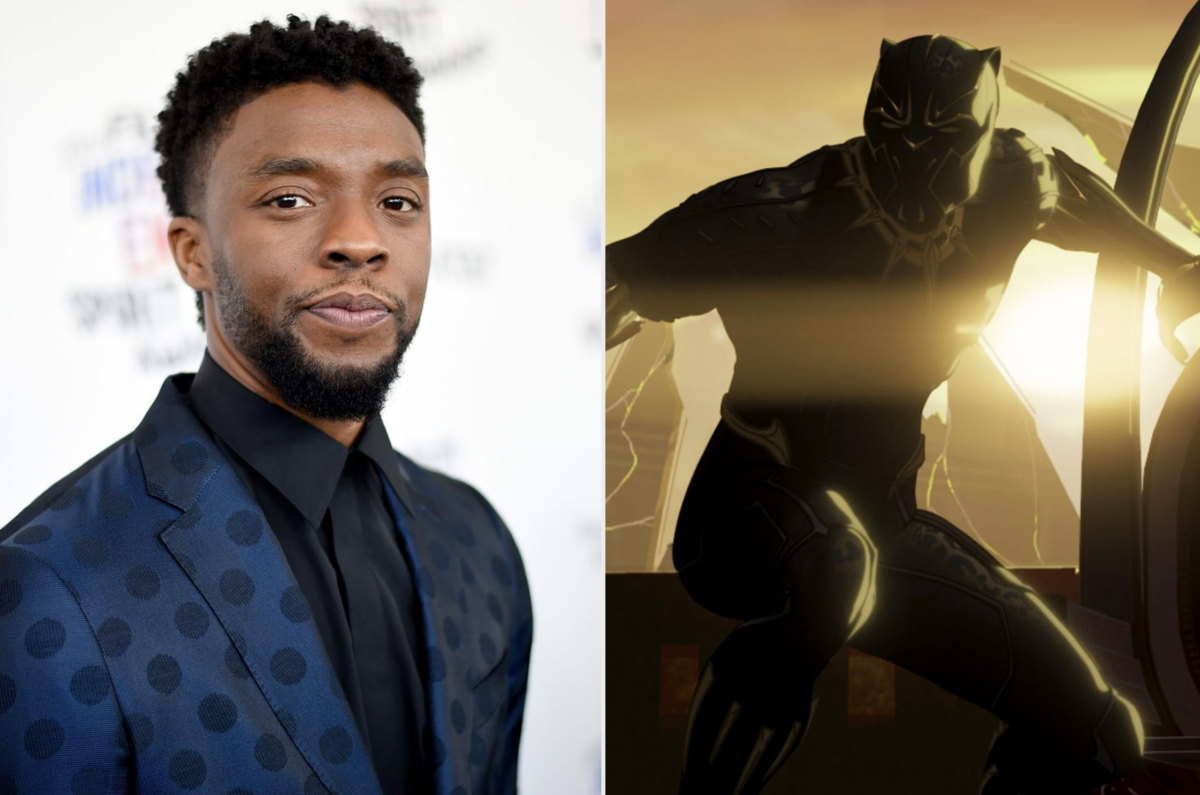 “And what a beautifully aligned moment it really is that one of the last things he would work on would not only be revisiting a character that was so important to him and his career and to the world, but also that it be an exploration of something new, diving into a new potential future – particularly with everything he spoke about purpose and finding the reason that you are here on the planet on this very time,” Ledward said “You can’t understand your purpose unless you’re willing to ask, ‘What if,’ unless you’re willing to say, ‘What if the universe is conspiring in my favor, what if it’s me?’ Thank you so much for the honor – Chad would be so honored, and I’m honored on his behalf.”

After a long battle with colon cancer, Boseman passed away in August 2020. Although he did not have a lengthy career, the actor left behind an incredible body of work. His final film before his death, Ma Rainey’s Black Bottom, earned him much recognition posthumously- including an Oscar nomination for Best Actor and a Screen Actors Guild award. The director of the film chose not to recast T’Challa’s role in the sequel Black Panther: Wakanda Forever set to release on Nov. 11th out of respect for Boseman.