This week on Monday Night Raw, WWE’s Chad Gable and Otis recreated the iconic Saturday Night Live “Chippendales Audition” sketch. The two arrived for a “Trick or Street Fight” between Otis and Matt Riddle but first revealed that their costumes were that of Chris Farley and Patrick Swayze from the September 1990 episode. Naturally, Otis played the role of Farley.

Riddle won the match by using an RKO on Otis, and Elias knocked Gabe through a table with a jumping knee from the ring onto the floor. 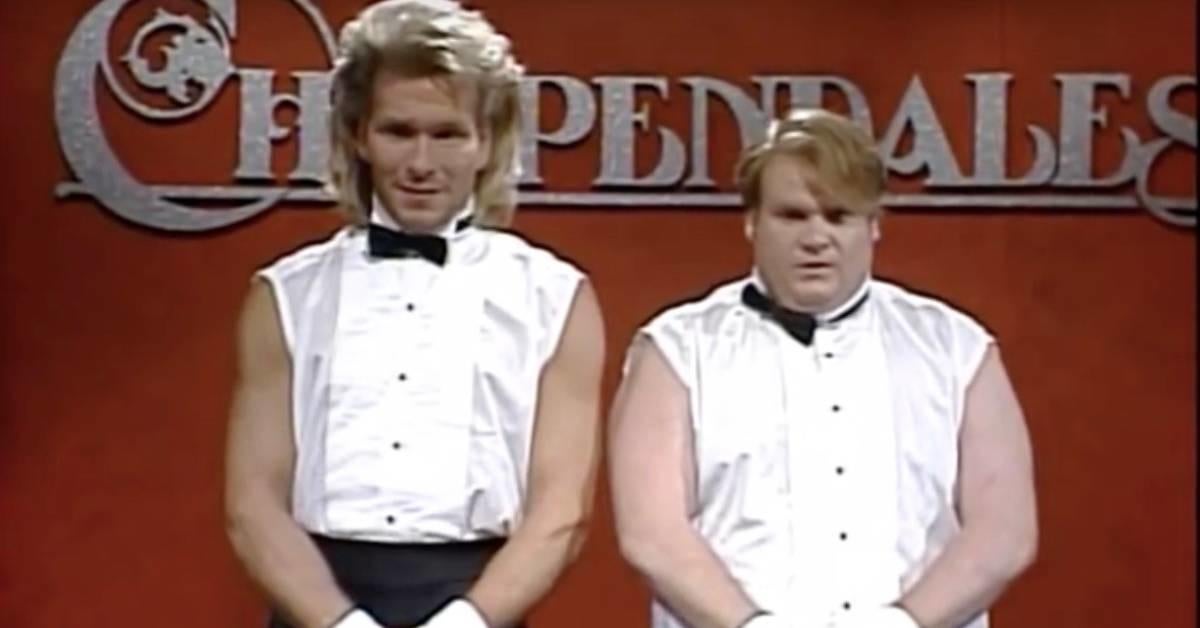 Chad Gable and Otis as Chippendales.